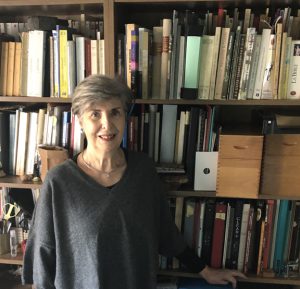 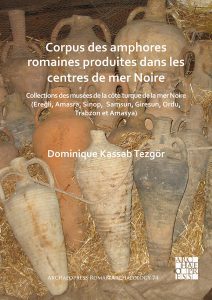 The Black Sea cities of Turkey’s northern coast – Ereğli, Amasra, Sinop, Samsun, Giresun, Ordu, Trabzon and, inland, Amasya – are endowed with museums whose holdings include important collections of amphorae. Moreover, the state of preservation of these amphorae is exceptional, since the majority were recovered intact from the sea. Most were produced in the large manufacturing centers around the Black Sea during the Roman period, between the 2nd/3rd centuries BCE and the 7th century CE.

Prof. Kassab Tezgör’s “Corpus” brings them together and analyzes them in the light of recent investigations. As the book indicates, the production lines of Sinop and Colchis are especially well represented and can be followed without interruption over several centuries. The author notes that the size of the assemblage – around 450 vessels – provides an overview of manufacturing trends for Black Sea amphorae, and brings out the similarities and differences in technique and morphology that distinguished one workshop from another.

Research on the “Corpus” also offered an opportunity to consider issues inherent to amphora studies, such as what commercial goods they contained; how vessel shapes related to the regional resources for which they were designed; the existence of standardized volumes; and the use of amphoras in paying the annona.

Prof. Kassab Tezgör was the scientific director of the excavation of a workshop of amphorae located near the ancient city of Sinope (today’s Sinop). A large part of her research has been devoted to the amphorae of Sinop and as well as other Black Sea amphorae of the Roman and Late Antiquity periods.