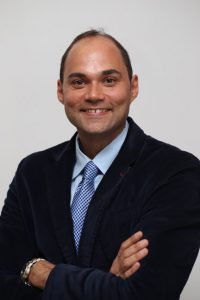 A new book edited by Assoc. Prof. Dimitri Tsarouhas of the Department of International Relations has just been published by Palgrave MacMillan and Springer Nature. The book, which Dr. Tsarouhas coedited with Prof. Owen Parker of the University of Sheffield, is titled “Crisis in the Eurozone Periphery” and forms part of the SPERI (Sheffield Political Economy Research Institute) “Building a Sustainable Political Economy” series. It is available as an e-book as well as soft and hard copy. There is also the option of downloading/purchasing individual chapters. For details see: https://link.springer.com/book/10.1007/978-3-319-69721-5#toc 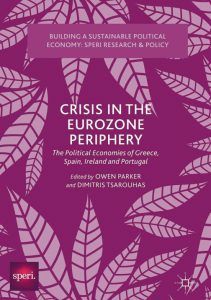 The book investigates the causes and consequences of crisis in four countries of the Eurozone periphery – Greece, Spain, Portugal and Ireland. The contributions to the volume, provided bycountry-specific experts, are organized into two themed subsections: the first analyses the economic dynamics at play in relation to each state, while the second considers their respective political situations. The work debates what made these states particularly susceptible to crisis, the response to the crisis and its resultant effects, as well as the manifestation of resistance to austerity. In doing so, the authors consider the implications of continued fragilities in the Eurozone both for these countries and for European integration more generally.