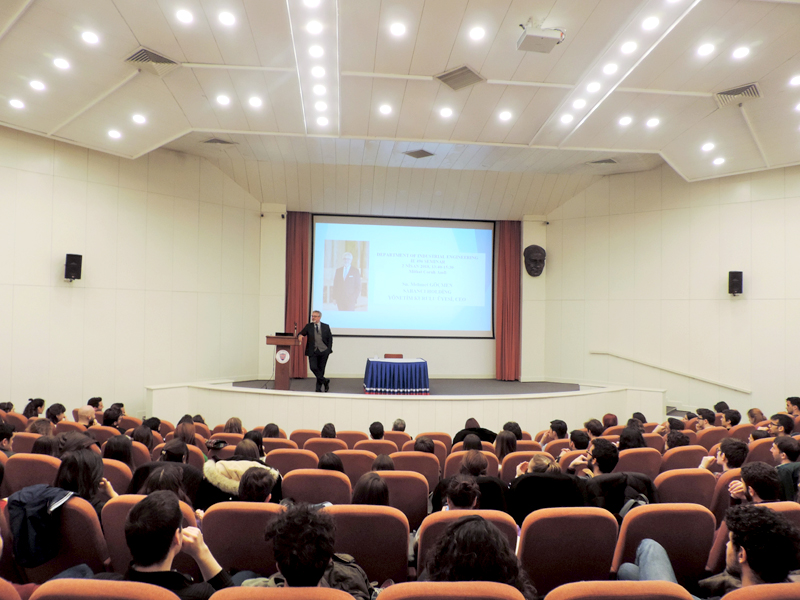 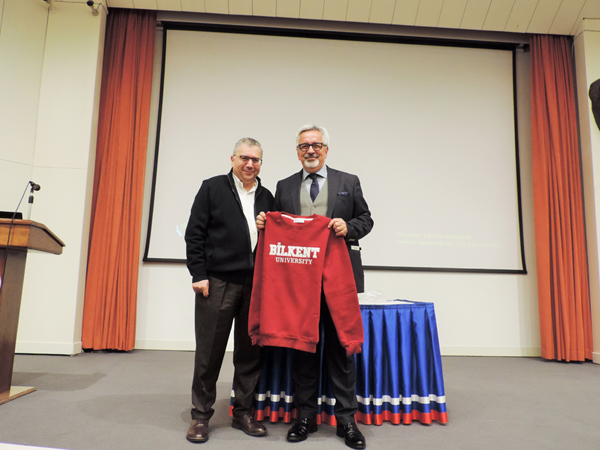 In his talk, Mr. Göçmen shared his experiences, starting from the beginning of his career and continuing to his current position, as well as offering some observations on the expectations of the new generation regarding the workplace as compared to those of his generation. He also stressed the importance of digitalization in today’s competitive business market, noting that it necessitates important changes in organizations. Designing these new processes will, he said, create opportunities for industrial engineers.
Mr. Göçmen ended his remarks with a bit of advice for the senior students in the course. He suggested that in order to be successful in their careers, they should continually ask themselves, “How can I keep up with the changes that are occurring?”