02 December 2013 Comments Off on ORBUS TERRARUM

Please don’t get scared by this very Latin-sounding title — it’s just the third album, released in 1995, by the British band The Orb. My motivation in choosing this album is simply the fact that it has influenced so many bands and was really an innovation for that decade.

Let me first start with the band itself before continuing with the album. The Orb was founded by Alex Paterson and Jimmy Cauty in 1988. Their debut, “The Orb’s Adventures Beyond the Ultraworld,” and the their second, “U. F. Orb,” are both nice albums featuring the ambient house, dub and ambient techno genres. Actually, The Orb was among the creators of the ambient house genre.

Then came their magical third album, “Orbus Terrarum” (OT). Compared to those on the first two, I find the songs on OT more “one of a kind” (which makes the album sound more complete). Another point is that the sound effects used for OT, instead of being space-related, resemble natural and organic sounds.

The album consists of seven songs, with a total running time exceeding 79 minutes. It’s very hard to describe the album, because it really has an uncommon style — for that time — but I’ll take a shot anyway. 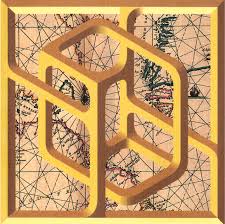 First of all, OT is a very relaxing album. The effects used are crystal clear and organic sounding. There are no sudden or sharp harmonic shifts; everything changes smoothly. The songs start to build very slowly, and when they reach their climax, you can only ask yourself, how did it happen?

Before I continue discussing the album, I want to talk about other musicians from the genre. Aphex Twin (Richard David James) was also one of the founders of ambient house, but he’s generally known for doing IDM (intelligent dance music), which is a closely related genre. His style is more aggressive, extending to acid techno, drum and bass, and glitch.  KLF is another early ambient house band, featuring Jimmy Cauty from The Orb.

Now it’s time to mention some of the bands that have been inspired by these early pioneers of the genre. The first one is the Scottish band Boards of Canada. Boards of Canada’s sound resembles that of The Orb in both the structures of the songs and the choice of effects and their use. Their album “Campfire Headphase,” released in 2005, might be considered OT’s twin brother.

I also think that psybient band Shpongle really was inspired by The Orb, and primarily by OT. This is my personal opinion; I don’t exactly know why, but somehow Shpongle’s use of effects makes me think of The Orb. There are many other bands that could be added to the list, but let’s stop there and return to the early 90s.

In the introduction, I stated that OT was an innovative album by the standards of that decade. I say so because I think the use of organic-like sounds and the structures of the songs are very clever, and clearly these elements have inspired many bands. Actually it’s like an infinite cycle: a band making music, inspiring others, who then make music, inspiring new bands. For instance, The Orb is said to have been inspired by the German band Kraftwerk and also maybe a bit by Pink Floyd.

As for song suggestions, the first one is from OT. It’s called “Oxbow Lakes” and is my personal favorite on the album. I also recommend “Chromakey Dreamcoat” by Boards of Canada. One final suggestion is the album “Selected Ambient Works 85-92,” which was Aphex Twin’s debut.

This week, I haven’t decided yet what I’m going to write about next time. So we’ll find out together. For now, stay connected to music!