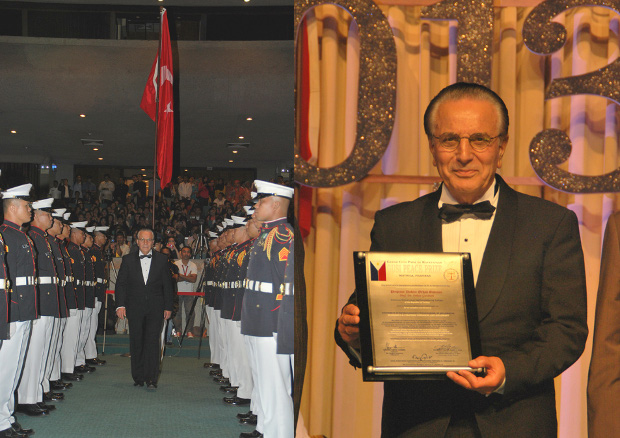 Prof. Orhan Güvenen, chair of the Department of Accounting Information Systems, and director of the Institute of World Systems, Economies, and Strategic Research, has recently received the Gusi Peace Prize in the fields of economics and strategic research and diplomacy.

The Gusi Peace Prize foundation’s main objective is “to give proper recognition through the conferment of awards of excellence and distinction to individuals or groups worldwide who have distinguished themselves as brilliant exemplars of society or who contributed toward the attainment of peace and respect for human life and dignity.” The foundation, based in the Philippines, also honors “exemplary contributions” in various academic fields, including economics, as well as in journalism, religion, philanthropy, business, the arts and other areas.

Prof. Güvenen has also been elected as chairman of the European Affairs section of the Gusi Peace Prize International Committee for 2014-2015.

In 1988, Prof. Güvenen founded the Institute of World Systems, Economies and Strategic Research (DSEE) at Bilkent University. He has continued to serve as the Institute’s director since that time. Prof. Güvenen has chaired the Department of Accounting Information Systems since 2000, and is also a member of the Executive Board of UNAM-National Nanotechnology Research Center, as well as chairman of the Advisory Committee on Strategy, Economy and Industry.