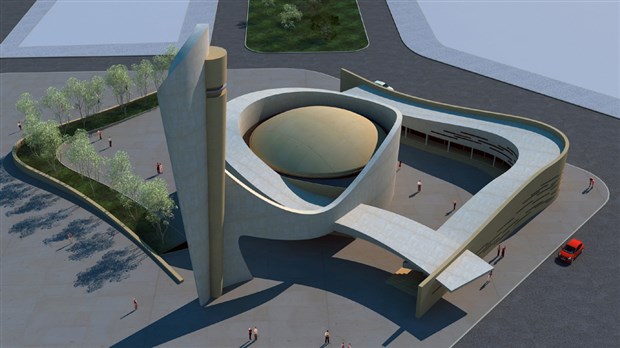 Uludağ Architecture, founded by Orhan Uludağ of the Department of Architecture together with Zeynep Uludağ, has won the prestigious “World Architecture Community 16th Cycle” award for their design for the new Konya Selçuklu Mosque.

The design they submitted was one they had completed for the World Mevlana Year (as declared by UNESCO) in 2007. In honor of the 800th anniversary of Mevlana’s birth, a mosque was to be built in Konya.

The Uludağ firm’s design reinterprets the use of building materials, technology and art to integrate modern principles into this building type. It was inspired by the movement of the whirling dervishes, fulfilling all the requirements of a mosque in an experimental, exciting way. It proves that religious values do not have to be foregone for the modern to be embraced.

It is also worth noting that the Uludağ firm was shortlisted for the “World Architecture Community 17th Cycle” awards with their sports complex design for the Mersin Mediterranean Games.