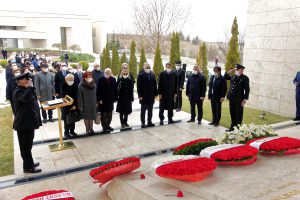 On February 25, Prof. İhsan Doğramacı, the founder of Bilkent University, was commemorated in a ceremony at the site of his grave, outside the Doğramacızade Ali Paşa Mosque. The occasion marked the 11th anniversary of Prof. Doğramacı’s passing.

Family members, along with Bilkent University Board of Trustees Chair Gülsev Kale, Bilkent University Rector Abdullah Atalar, Hacettepe University Rector Mehmet Cahit Güran and representatives of UNICEF, the UNICEF Volunteers Committee, the International Children’s Center and Bilkent Holding gathered outside the mosque to pay their respects to Prof. Doğramacı’s memory. After the laying of wreaths on his grave, the attendees signed a memorial book. 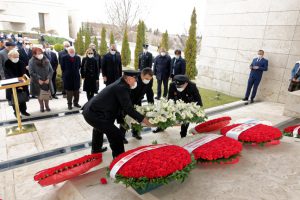 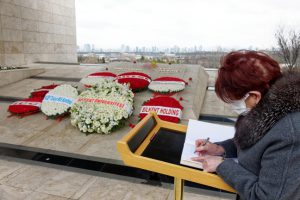