Overview of the Summer Albums

22 September 2014 Comments Off on Overview of the Summer Albums

Summer is now over, and school has begun, with autumn knocking on the door. As my long vacation and hours-long music sessions come to an end, I want to take a look back and provide some brief comments on what were for me the most anticipated releases of last spring/summer.
La Roux – Trouble In Paradise 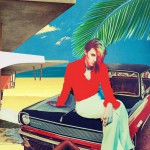 La Roux is a synth-pop band from the UK. Many of you may be familiar with them through their self-titled debut album of 2009 or the single “Bulletproof” from it, which took over the world that year. For me, La Roux was, during this era, an average and uninteresting band with indistinguishably similar songs. To be honest, I didn’t give them many chances, but they didn’t really appear appealing to me at the time.

However, things changed for me about a year ago, during their great performance at Rock’n Coke 2013. Both their musicianship and their performance on stage were wonderful. In particular, Elly Jackson, the vocalist, founder and currently the only member of the band, blew the crowd away. My thoughts regarding the similarity of their songs did not change, but for the first time I realized they had talent and potential and decided to give them another chance on their next release. And now, “Trouble In Paradise” has ended up being one of my favorite albums of the year so far.

The album has a very colorful, retro and diverse sound, with bright and repetitive Nile Rodgers-ish guitar strumming, creative, joyful beats and electronic instruments on top of various layered synths filling out the volume. The album is successfully crafted as a catchy, easy-listening and sing-along synth-pop record that also has high musical quality and a diversity of sound.
On this record, La Roux is clearly influenced by earlier disco and electronic music to create an album to dance to, but they manage to blend the ideas they borrow with their own interpretation and a modern production. A beautiful harmony of modern musical perspective and retro disco tunes is created in this album.
Mastodon – Once More ‘Round The Sun
Mastodon is a sludge/progressive metal band from the US. Mastodon released four successive conceptual albums, and even though these albums were all distinct in terms of sound, the band members built upon their characteristic style with each one and proved themselves. However, in their 2011 release, “The Hunter,” Mastodon discarded pretty much everything that they were known to be expert in and released a surprisingly different album.
“The Hunter” was perceived as a crossroad in their career, where they turned from an experimental approach and a slightly harsher sound toward more accessible and catchy music. The metal community interpreted this move as selling out and simply despised the band. I, on the other hand, agreed that it was a weak spot in their career but felt that the record had potential, and was excited to see how Mastodon’s journey would continue in the future. So, I regarded “Once More ‘Round The Sound” as sort of a sophomore album for the “new Mastodon,” and it has satisfied my expectations.
This album is a collection of really catchy, sing-along songs with great vocals and very impressive, colorful guitar and drum performances. Although the band’s emphasis seems to be on vocals, the quality of instrumentation has also improved. The album has a really diverse musical approach thanks to the dynamic guitar riffs and the various, well-produced guitar effects. The guitar leads are also quite impressive; I would say they are as interesting as the experimental guitar solos from their earlier releases. The drumming is great as always, tying together the musical progressions within the songs.
Mastodon has been employing vocal contributions from three members for a long time now, and I find the vocal diversity one of their strong points. The combination of Brann’s ambitious and sort of robotic singing style, Troy’s harsher and more muffled voice and Brent’s really interesting way of singing from his throat offers the listener quite a large vocal spectrum. This album lives up to this vocal approach, and it is great to see an obvious improvement in Brent’s and especially Brann’s vocal performances.
The album is within the span of the band’s new musical tendencies, but unlike in the case of “The Hunter,” Mastodon has succeeded in providing creative ideas and more profound compositions, without sacrificing the accessibility and memorability of the album. Compared to the preceding release, this album sounds much more ripe and confident, promising a brighter future for the new direction of the band.
Freddie Gibbs & Madlib – Piñata 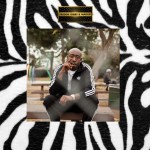 Before this album, Madlib was for me only the producer of the classical hip-hop album “Madvillainy,” and I had never heard of the MC, Freddie Gibbs. The album was brought to my notice by a very positive review, and I decided to check it out.

I loved “Piñata” from the first moment on. The production on this album is very impressive. Madlib delivers diverse, fulfilling productions on each track, with both the old-school vibe and a touch of modern musical perspective, which suit Gibbs’s vocals perfectly. I also loved the skits and sound excerpts used in the songs. These features make the album much more appealing to me.

Gibbs delivers a solid performance with his confident, fluent voice. I had listened to his earlier releases and always felt that even though his vocals was satisfying enough, there was something missing, which has now been provided by Madlib’s talent and experience.

The lyrics are focused on Gibbs’s hood life and do not necessarily bring anything to the table for me. However, the old-school vibe continues on in his vocal approach, which resembles that of the 90s gangsta rap era.

Overall, “Piñata” is a fresh, solid album by virtue of a great collaboration, and provides an excellent combination of old-school hip-hop with a modern musical understanding. I think this will be one of those albums that you come back and listen to over the years.

As I stated in one of my previous columns, I was a big fan of Faker’s debut EP, “Thinking In Textures.” My anticipation regarding his work continued through his collaborations with Flume, as they released decent, fun tracks one after another. So, I was really excited about this album as well.

However, it has been a giant disappointment for me. The record was so uninteresting and mediocre that even though I was really excited and concentrated on it, the music simply faded into background every time I listened to it. Faker’s vocals are weaker than on his earlier tracks, and the compositions are just plain sloppy. I could trace almost no creative musical ideas or performances except in a few tracks. I am hoping that this was just a rushed release and his future work will be more satisfying.