02 December 2013 Comments Off on POLITICAL ARTS 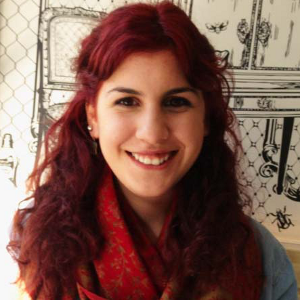 Having no more than a handful of articles left to write for Bilkent News, I started thinking about how I began writing here in the first place. As the cliché goes, writing has always been a part of my life, ever since I was a little girl. But I had never thought I would have a column of my own. As most people would agree, weekly (or in this case biweekly) columns have the disadvantage of forcing the writer to regularly come up with a topic to write about. So one should be really careful in choosing the general subject area that his columns will be about, because if he is not that interested in it or if it was only a whim, he is very likely to run out of topics in a couple of weeks and start experiencing the dreadful “night before the deadline” stress.

In my case, however, I never even thought about which subject I wanted to write on. When I was asked, I answered, almost as if I’d known it for years: “Arts and Culture.” The reason for this, I suppose, is because my engagement with art dates back even earlier in time than my involvement with writing. In addition to the fact that a number of my personal activities fall into the category of art and culture, my favorite parts of newspapers are often arts and culture columns.

Due to my rather nostalgic mood, I went over my very first articles (starting from September 2012) and moved on to today. An interesting thing I noticed was that although they have all been about the arts, my last columns were on the topic of what one may call the influence of politics on the arts, and more specifically in Turkey. Although I can’t say politics is an area that I’m deeply interested in, considering how much state intervention is taking place in so many branches of art in Turkey, not writing about it would be almost pure ignorance.

So instead of going back to writing about the arts isolated from politics, I found it more fitting to continue to explore this relationship. And soon after this, I came across a news article saying that a painting had been removed from an exhibition because it was considered offensive to a member of the governing party. As a protest against this outrage — looking at art exhibitions that have taken place around the world and how authorities have been portrayed in them as animals or even beasts, it really is hard to believe that this painting actually got taken down — other artists who had paintings in the exhibition covered them with black cardboard. 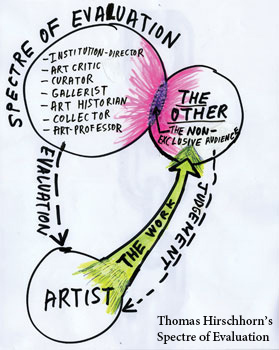 Although the reason for the governmental intervention, which included not only the removal of the painting but also an investigation, was said to be due to the fact that the painting was offensive to the person depicted in it, I think there is more to it than that. One of the wrong interpretations of impartiality here again shows itself. The major misconception is that being impartial is not presenting the views of any of the different sides; while in fact it consists of presenting the views of every side, so that members of the public may make up their own minds and arrive at their own ideas through a healthy thinking process, instead of simply accepting whatever is stuffed into their minds. This one-sided approach may work in many areas; and it does indeed work in many areas because, as a Turkish saying goes: “He who has the capital is in charge.”

It all comes down to providing the best means of education to the people who live under the regime and supplying them with the means of reaching knowledge through a rational thinking process. Instead of doing that, cartoons that have aliens and flying people (superheroes) are being censored because they are considered scary for children and are being replaced with cartoons that tell about the lives of Ottoman sultans. After all, you can’t teach an old dog new tricks.