29 January 2018 Comments Off on Popism: Is Pop Music Worthy of Critical Attention? 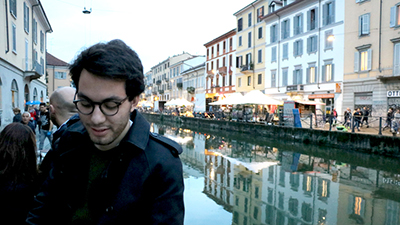 Over the semester break, I had one conversation that really stimulated my critical interests, and I decided that I wouldn’t be able to let it go until I had written something on it. My brother and I went to a house party hosted by one of his high school classmates, where the host had the most remarkable vinyl collection I’ve ever come across. We listened to everything from pre-revolutionary Cuban music to Turkish psychedelic rock – music that is considered to have merit because of its obscurity – as we had dinner on a large, industrial-style table and took cigarette breaks on the fire escape. Over a compilation called “Disco Fasıl,” the inevitable conversation unfolded: Does pop music bear any cultural significance, and is it worthy of critical praise?

My interlocutor, as one may call him, was keen to argue that, although pop music is significant, since it’s accepted and loved by many, it’s not something to be critically praised, since it won’t be remembered all that long. He also suggested that self-proclaimed “alternative” pop stars are superior to mainstream artists, for they are the ones driving pop forward. I, on the other hand, positioned myself as a fierce advocate for pop, defending top-40 artists as opposed to obscure rock bands on grounds of accessibility and emotive communication. Pop, I believe, is a genre that holds inexplicable magic and has the power to change our lives through its emotional spectrum – the degree to which this is exhibited is in inverse proportion to the degree of shame one attaches to listening to pop.

When asked in an interview about her take on pop culture, the famed essayist Susan Sontag said that she “doesn’t think in those terms.” Pop is omnipresent in public life – with a presence everywhere from Warholesque advertisements to cultural conversation, and ultimately the radio, it is almost inescapable. What is popular is pop, but what is strictly unpopular is pop too – it is a mode of existence for the public, unfolding in waves of time, renovating and reshaping itself with each tide.

I wholeheartedly agree that pop music can often be cringeworthy and overly simplistic, and (I say this as a person who never listens to the radio) it can quite frankly be quite repetitive and boring – most of what occupies the charts is nothing more than mass-produced tunes made to be consumed and replaced by other mass-produced tunes. But when pop is good, it is really, really good – it provokes a certain reaction in you that just can’t be elicited by any other type of music. It moves you and makes you feel something collectively – knowing that everybody loves something you love is a communal experience that is very humane. When pop artists push themselves to create the very best, it forces innovation that redefines the listening habits of the public – because the stakes are highest in pop, the rewards are too. The fact that Taylor Swift turned her public dating drama into the cunningly clever songwriting masterpiece “Blank Space,” a massively successful single that everybody jammed to in 2014, is beyond powerful – it is groundbreaking, and even more so for a woman.

It’s that moment in the club when your favorite song comes on and you feel all the feels. It’s also that moment in your car when a friend puts on a song that you’ve forgotten, probably something from the 2000s, but that you remember the words to in a heartbeat. That a concept like “guilty pleasure” exists is ridiculous.

Pop is great when it’s great. I strongly believe that we must give credit where it’s due. And I passionately believe that something everyone enjoys deserves the highest critical attention – as with the work of Andy Warhol, The Beatles and many others. What is common is not mundane – it is, in fact, fabulous.