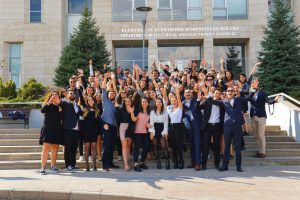 This academic year, Radio Bilkent is celebrating a landmark anniversary.

Radio Bilkent’s journey started in 1995, when a couple of Electrical and Electronics Engineering students began broadcasting – unofficially – from their dorm rooms. In 2002, the rectorate provided a location for the station’s operation, and Radio Bilkent was officially incorporated.

Today, the station broadcasts on the 96.6 frequency and has two main units: Broadcasting and Public Relations.

Both are divided into several subunits, with Broadcasting comprising Music, News, Production, and Content Creation and Management, while Public Relations includes Organization, Sales and Marketing, Human Resources and Design. 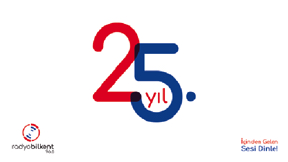 The station selects its all-volunteer staff by interviewing candidates, who, after getting the okay, must then meet their unit’s requirements in order to become Radio Bilkent staffers.

Operated as it is by university students, Radio Bilkent not surprisingly targets mainly young listeners, playing contemporary hit music as well as broadcasting special programs focused on genres ranging from classical to jazz to techno.

While Radio Bilkent has a lot to offer the entire university community in terms of entertainment and information, its main purpose is to create a working laboratory for young people who are interested in broadcasting and music. Many of the staff working at the station embark on careers in radio and television after their graduation.

As the station gets ready to celebrate 25 years of broadcasting, the staff invites all Bilkent students who are interested to seize this window of opportunity and become part of Radio Bilkent!