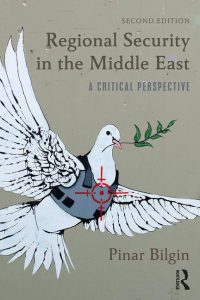 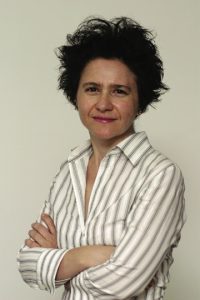 Prof. Pınar Bilgin of the Department of International Relations recently published the second edition of her book “Regional Security in the Middle East: A Critical Perspective.” Released by Routledge last month, the new edition offers a fully revised and updated text that takes into account developments in the region and theoretical debates in the discipline that have arisen since the publication of the first edition in 2004.

The book, as described by the publisher, “distinguishes itself from previous (critical) studies on regional security by opening up both ‘region’ and ‘security.’ Different from those approaches that bracket one or the other, this study takes seriously the constitutive relationship between (inventing) regions, and (conceptions and practices of) security. There is not one Middle East but many, shaped by the insecurities of those who voice them. This book focuses on how present-day insecurities have their roots in practices that have, throughout history, been shaped by ‘geopolitical inventions of security.’ In doing so, the book lays the contours of a framework for thinking critically about regional security in this part of the world.”