20 October 2014 Comments Off on Seminar Series on Polity, Society and the World Hosts Europeanization Scholars 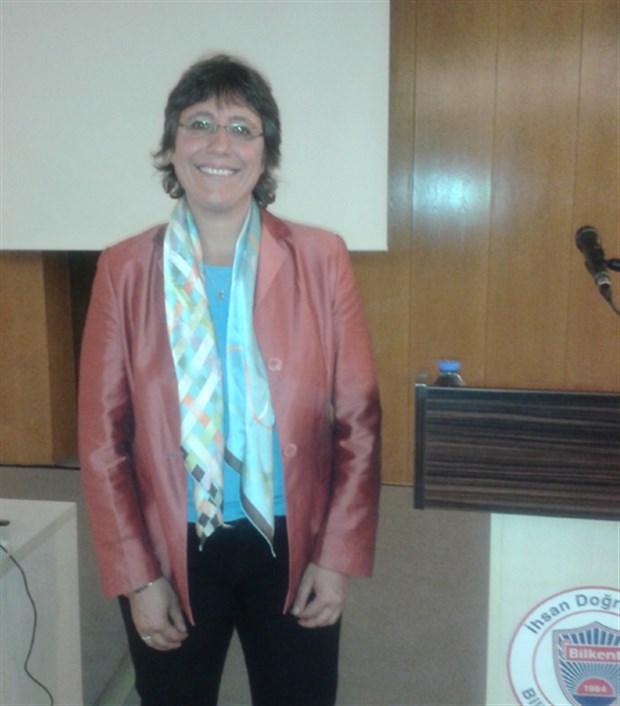 As part of the Bilkent University Seminar Series on Polity, Society and the World, two prominent scholars of political science studies on Europeanization, Prof. Tanja Börzel and Prof. Thomas Risse, were at Bilkent on Friday, October 10.

Prof. Börzel, who holds the Chair for European Integration at the Otto-Suhr Institute of Political Science at the Freie Universität Berlin, gave a lecture titled “External Europeanization and Limits to the Transformative Power of Europe: Turkey in Comparative Perspective,” in which she argued that the European Union causes a transformation in the domestic institutions of EU member and candidate states in fundamentally different ways.

According to Prof. Börzel, EU member states go through a process of “internal Europeanization,” in which integration occurs through a focus on laws and regulations. In contrast, EU candidate states go through a process of “external Europeanization,” in which the EU is not a directly involved party, but only an outside supporter. The important thing to keep in mind, she stated, is that the EU never initiates the process of change, but supports the candidate countries in their progress toward democratic consolidation.

Turkey’s case, however, is unique, in that it represents what Prof. Börzel refers to as a process of “Europeanization without the golden carrot.” Because of both cultural differences and the size of Turkey’s population and economy, Turkey can never be sure that it will receive the “golden carrot,” i.e., EU membership. Accordingly, she said, adoption of EU policies and institutions takes place irrespective of a credible accession promise, and in areas that are strategically selected by domestic actors, such that non-liberal reformers may use the EU as a discursive tool to push through their agendas.