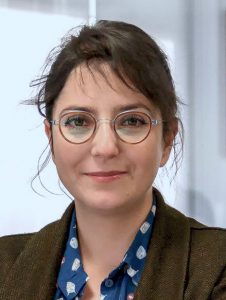 Asst. Prof. Serim Kayacan İlday of the National Nanotechnology Research Center (UNAM) and the Institute of Materials Science has been elected a fellow by the Young Academy of Europe (YAE).

The mission of the YAE, which was founded in 2012, includes providing input on scientific exchange and science policy across all member states and associated countries of the European Union. YAE members, who are selected by their peers based on the criteria of scientific achievement and international recognition, seek to provide a “younger” perspective on the future of science policy and academia in Europe. The YAE also promotes networking among its members to create a pool of information and provide active support to colleagues across Europe.

Dr. İlday’s multi- and interdisciplinary research focuses on self-assembly, complexity, far-from-equilibrium systems, and nonlinear and stochastic dynamics. A PhD graduate of Middle East Technical University, she was a postdoctoral researcher in the Department of Physics at Bilkent before joining UNAM in December 2017.