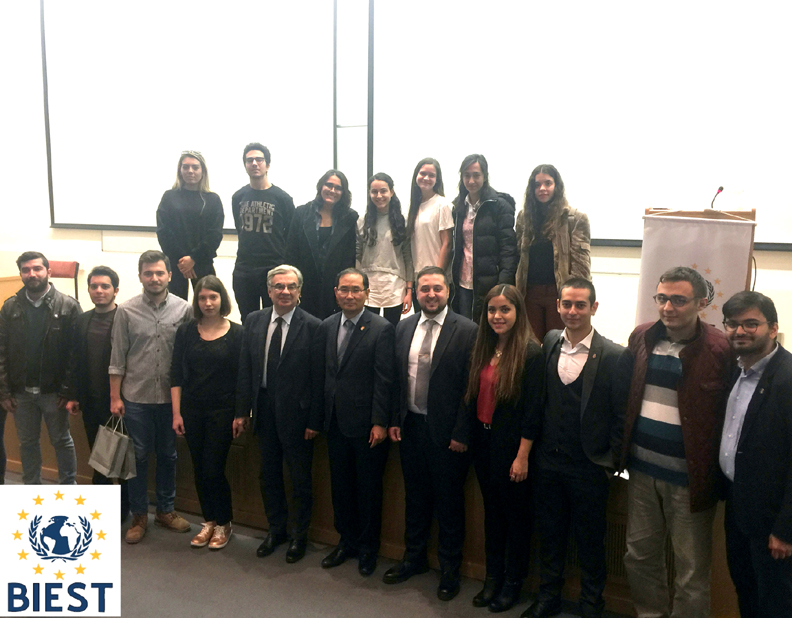 With 2017 marking the 60th year of diplomatic relations between Turkey and South Korea, South Korean Ambassador Cho Yun-soo visited Bilkent University last week to give a lecture, on November 16. The event was hosted by the Bilkent International Relations and EU Politics Society (BIEST), with Dean of Students Kamer Rodoplu in attendance.

In his talk, Ambassador Cho discussed the past, present and future of the relationship between the two “brother” nations. Besides providing historical background, he offered his own observations and suggestions for the future, in particular stressing the importance of R&D and technology in economic development. The ambassador summed up the situation with a sentence in Turkish: “Dünya büyük, yapacak iş çok” (The world is big; there is much to do).

At the end of the lecture, students participated eagerly in a question and answer period, following which many of them posed for pictures with Ambassador Cho.