State of the Theaters, Theater of the State

30 October 2013 Comments Off on State of the Theaters, Theater of the State 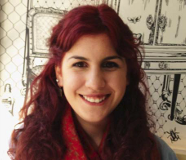 Turkey, a nation that is still in the development stage, is also improving in the area of theater. Anyone who has been following recent updates in the field would think that this is a sarcastic remark; but according to research done by the Turkish Statistical Institute (TÜİK), there has not only been an increase in the number of theaters, but also in the number of productions per season, and the number of people who attend the performances. The research focuses on the period from 2001 to 2011, and the exact numbers are given in the figure below. They show that there are five times more theaters in Turkey, six times more plays being staged and twice the number of people going to the theater than there were ten years ago. The reason why I focused on theater in Turkey instead of any other country — apart from the fact that I’m currently living there — is because unlike in many other countries, theater here exists against the wishes of the current government. Taking that into account, the numbers are extremely surprising.

The discussion regarding the privatization of state theaters has been going on for years, and in 2012 the government (AKP – Justice and Development Party) announced that “Giving government funding to events related to arts has become expensive and inefficient due to the following facts: employing more artists than the required number, lack of efficiency of the artists, not being open to competition and not following the latest developments in arts.” It should be noted that the budget set apart for state theaters is 0.04 percent of Turkey’s entire budget. Even leaving aside how small this amount is compared to the whole, and simply looking at the AKP’s statement, it must come as a shock that the country’s theaters are improving instead of closing down.

Even if one accepts that governments never fully reflect the opinions of the people they govern, it’s still quite impressive to have a public exactly at the opposite pole from the governing body. But what keeps the theaters going? I mean, what is so special about them that we don’t seem to be able to let them go no matter how much we are being forced to do so? This question makes me think of the path followed by theater over time, a path that is full of ups and downs: from the highly exaggerated Greek theater concerned mostly with the gods and people’s interactions with them, to Shakespeare’s heartbreaking tragedies, to Victorian plays that one needs to struggle to understand, to finally today.

Where does theater stand today? Setting aside the restaging of earlier plays, I think that theater today is a mirror not only to one’s own personality but to reality itself. There are no longer huge stages with elaborate decorations. The actors no longer speak in theatrical voices; they sound like the audience. They don’t wear clothes that make them look like French courtiers; they look like us. Often, they don’t even stand on a separate and elevated place called the stage; they stand among us. So attending a play is nothing more than listening to a friend who talks a bit too much and doesn’t give you much time to answer back. And this is precisely why we, as Turkish people, are holding onto theater more strongly than ever, because it is the only connection we have to reality at the moment.

The feeling of living in a play first occurred to me a few months ago during a series of protests against the demolition of Gezi Park in Istanbul to build something more profitable instead. While we, in the role of protesters, were trying to walk to one of the main streets of Ankara, I saw other actors playing their parts as members of the security forces. They tried to disperse the protesters with pepper spray, and though it wasn’t really pepper spray they were using, people coughed and some fainted because our scripts told us to do so. Some people didn’t make it, because the lines telling them to exit were replaced with ones telling them that they die. Then some went home, backstage, and some stayed. It was such an amazing performance. There was even a little play within a play: a couple of people who didn’t belong to the protesting party were there in disguise and did all that was in their power to provoke the crowd. And it went on; it’s still going on. Apparently it’s quite a long play we are a part of.

As fun as acting is, it makes one miss the effortlessness of reality. So when we yearn for reality, we go to theaters. That is why no matter how much the budget gets cut, or what the government says about it or how small the community is, theater in its present form allows the audience to have an experience that is more real than their lives outside the theater. “Is it possible to say that theater as it is today is in a better state compared to what it was a few centuries ago?” No, it no longer takes you to new amazing places you’ll probably never get the chance to visit; yes, it takes you to the most amazing place you can ever find: your own life.