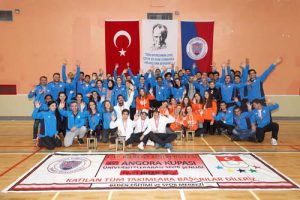 Bilkent athletes did quite well in the tournament, winning four events and taking second or third place in others. The teams/individuals who ended up at the top of the standings in each sport: