On February 27, the 22nd annual Bilkent University Career Fair, hosted by the Bilkent Career Center, took place in the Main Campus Sports Hall. The 48 companies represented at the event included some big names in their respective sectors, such as TRT, PwC, Aselsan, Mavi Giyim, Türkiye İş Bankası and Vestel, along with other providers of postgraduate opportunities, such as the Bilkent  and the Sabancı MBA programs.

A large number of students from all departments were in attendance, looking for potential jobs and internships. Many of them could be seen thoroughly engrossed in discussions with company representatives, and many resumes were handed in by hopeful students looking to gain future employment opportunities. 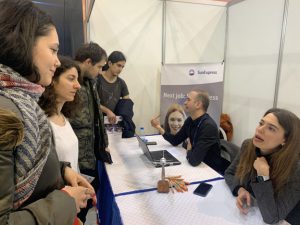 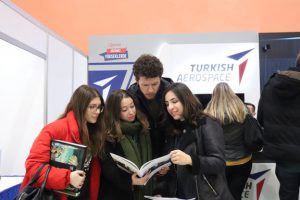 Bilkent News interviewed some of the students who attended the fair to obtain their perspectives on the event.

Khaled Arabiyat (ECON): It was a successful event, I’d say. The organization was very well done; the way the stalls were separated was quite nice.

Yaren Sağlık (TRIN): Interacting with employers was definitely a great experience. I got the chance to meet employers face-to-face and ask questions on the spot, which helped me gain insight into different career paths. 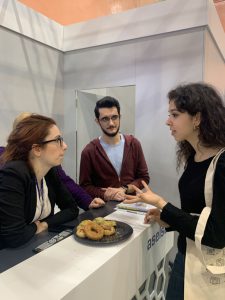 Atadan Egemen Cankurtaran (MBG): There were a lot of companies with different backgrounds, which was very informative. However, the scope of the fair could be further extended.

Özüm Yenen (MAN): I think that the fair was better than last year in terms of the variety and number of companies, although it still could have even more variety. Other than that I feel it was a good opportunity for people, especially those who are looking forward to working in a defense company or a tech company as a software developer or something like that.

Aysu Yurter (TRIN): It was great for students who are about to jump into a career, because the companies were aware of Bilkent’s quality, and they were ready to offer jobs to students.