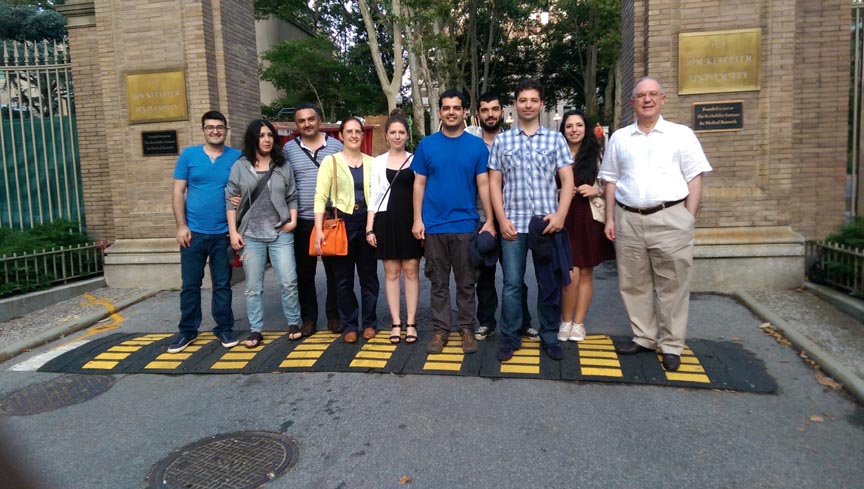 A scientific investigation led by Prof. Tayfun Özçelik, dean of the Faculty of Science, and Prof. Michael Young of Rockefeller University has identified the “night owl” gene variant.

Researchers at Bilkent, Cornell and Rockefeller Universities have discovered a variant of the circadian clock gene CRY1, which slows the internal biological clock and alters the cycle that normally dictates when you feel sleepy each night and when you are ready to wake up in the morning. Individuals with the “night owl” variant of this gene have a longer circadian cycle than most, making them stay awake until late into the night, the team reported in the April 6 issue of the journal Cell.

Researchers have studied the circadian clock for more than three decades and identified a core molecular clock governed by eight genes, which ultimately set daily cycles such as eating or sleeping times as well as release of hormones in virtually all living organisms, from plants to flies to humans. Prof. Aziz Sancar (Nobel laureate in Chemistry, 2015) first identified the CRY1 gene in bacteria in the early seventies. It was then called photolyase and for many years was thought not to exist in humans. In 1996, following a visit to Bilkent University, Prof. Sancar realized that one of the genes reported in the early release of the Human Genome Project could in fact be a homolog of photolyase and named it cryptochrome. There are two cryptochrome genes in the human genome.

People who self-categorize as night owls are often diagnosed with delayed sleep phase disorder (DSPD). Going to bed late has its downsides: most people with DSPD are forced to wake up before their bodies tell them to in order to make it to work or school on time, leading to fatigue during the day.

To find out whether mutations in any known circadian genes were linked to DSPD, Prof. Young, along with research associate Alina Patke, collaborated with sleep researchers at Weill Cornell Medical College. Subjects were asked to spend two weeks in a laboratory apartment that was isolated from all cues to the time of day, eating and sleeping whenever they were inclined.

Most people will follow a roughly 24-hour sleep–wake cycle when put in such a free-run environment. However, a DSPD subject who caught the researchers’ interest not only stayed up late, but had a cycle that was about 30 minutes longer. Moreover, changes in body temperature and hormones that cycle along with the circadian clock – including melatonin, which helps regulate sleep – were also delayed. 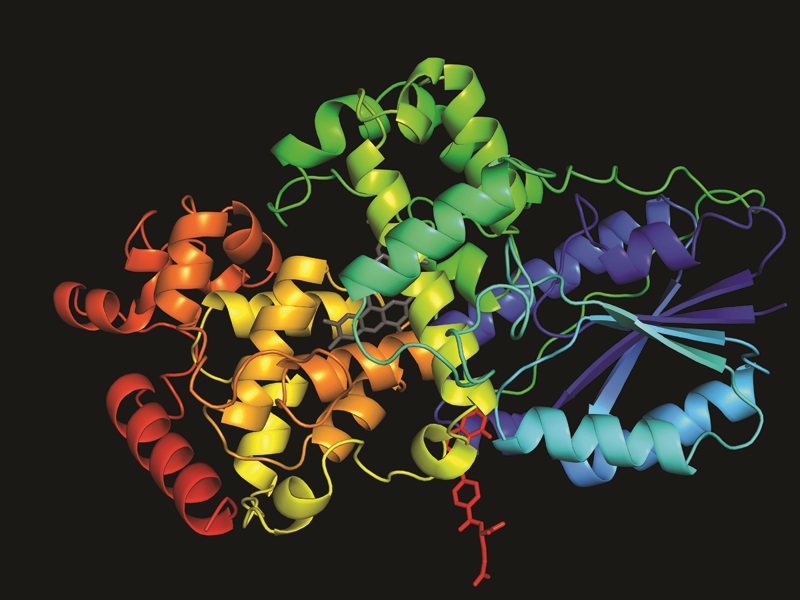 The research carried out at Bilkent University by Prof. Özçelik and post-doctoral associate Dr. Onur Emre Onat relied on the “reverse phenotyping” hypothesis that was proposed by the two in the September 2016 issue of Nature Genetics in conjunction with the completion of the Mediterranean and Middle East genome projects. In the current study, Dr. Onat and Prof. Özçelik examined six large families with three to four living generations. A total of 39 mutation carriers and 31 interfamily control individuals were genotyped, showing that the sleeping midpoints of CRY1 mutation carriers were shifted by two to four hours compared to those of individuals without the mutation. It does not matter whether the individual is homozygous or heterozygous for the mutation; the result is a delay in the sleep phase, indicating a dominant inheritance of the trait. It was in fact found that 8 of the 39 mutation carriers were homozygous.

Prof. Özçelik, discussing the significance of the findings, said, “This is one of the first observations of a complex human behavior being linked to a commonly observed variant in the human genome. We examined the largest population databases in the world, such as ExAC, maintained at Harvard and MIT, the Mendel Genome Center at Yale, and our own database at Bilkent, along with the TÜBİTAK database. The mutation that we identified in the CRY1 gene exhibits a north-to-south gradient in terms of its frequency and can be found in 1 of every 75 people in the world, reaching as high as 1 in 15 in certain populations from the Mediterranean basin. On the basis of this prevalence rate, we estimate that there may be approximately 1 million carriers of the mutation in Turkey, 10 million in Europe and 100 million worldwide.”

Life in our world revolves around a day/night cycle dictated by the sun. The basic mechanism of this order is preserved in all living things, such that all life forms on earth – microorganisms, plants, animals and humans – have biological clocks. Under normal circumstances, a group of proteins called the “initiator-activator” and another group called the “stopper-suppressor” accumulate and then degrade in the cell in a cyclical manner, thereby constituting the biological clock.

The CRY1 gene functions as the “stopper” in this cycle. The mutation identified by the researchers at Bilkent and Rockefeller emerged due to a single nucleotide change in the CRY1 gene. Because of this change, CRY1 continues to operate, causing a delay in the biological clock pattern.

It is expected that this new biomarker of the biological clock will soon translate to a novel DNA-based diagnostic test that will be widely used around the globe.

This research was supported by Bilkent University, the Turkish Academy of Sciences (TÜBA), Rockefeller University, Cornell University, the US National Institutes of Health, Calico Life Sciences-LLC and the Brain and Behavior Research Foundation.

The full text of the article may be found online in Cell: Patke et al., “Mutation of the Human Circadian Clock Gene CRY1 in Familial Delayed Sleep Phase Disorder”; http://www.cell.com/fulltext/S0092-8674(17)30346-X