The Samurai Sudoku puzzle is made up of five smaller Sudoku puzzles: one in the center and the other four overlapping the corner grids of the central one. Each of the smaller puzzles has the same rules as a classical Sudoku: each row, column and 3×3 grid must contain all of the digits 1 to 9.
In the Killer Sudoku puzzles, the dotted lines indicate areas called “cages,” each of which contains a set of non-repeating digits. By adding up the digits in a cage, you get the sum shown in the cage’s clue. A Killer Sudoku also follows the same rules as a classical Sudoku, with each row, column and 3×3 grid containing the digits 1 through 9.
Submit the contents of the diagonal going from the top left to bottom right of each puzzle to win a prize. Good luck!
Last Week’s Answers: Samurai Sudoku: 526 621 196 976 625 721 481 Killer 1: 268 173 815 Killer 2: 246 924 349 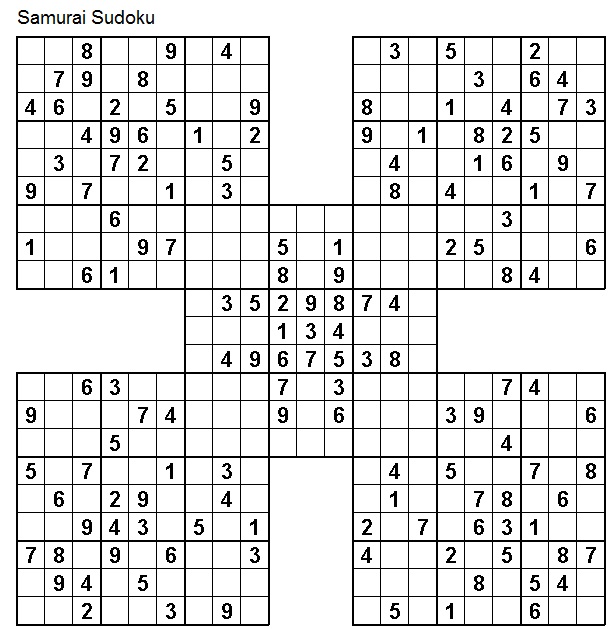