Here are a Samurai Sudoku and two regular Sudoku puzzles.

The Samurai Sudoku is made up of five smaller Sudoku puzzles: one in the center and the other four overlapping the corner grids of the central one. Each of the five smaller puzzles making up the Samurai has the same rules as a classical Sudoku: each row, column and 3×3 grid must contain all of the digits 1 to 9. 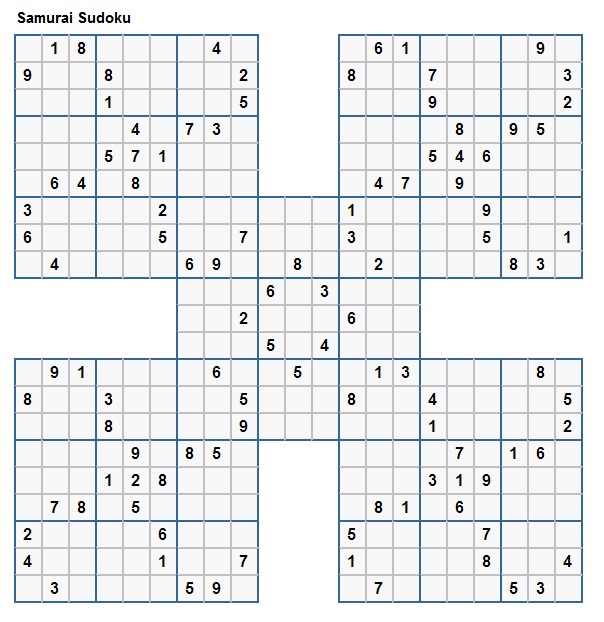 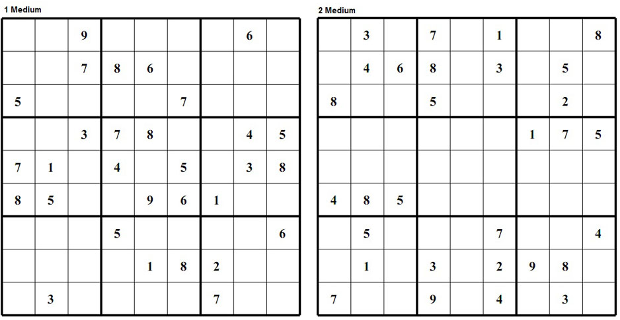