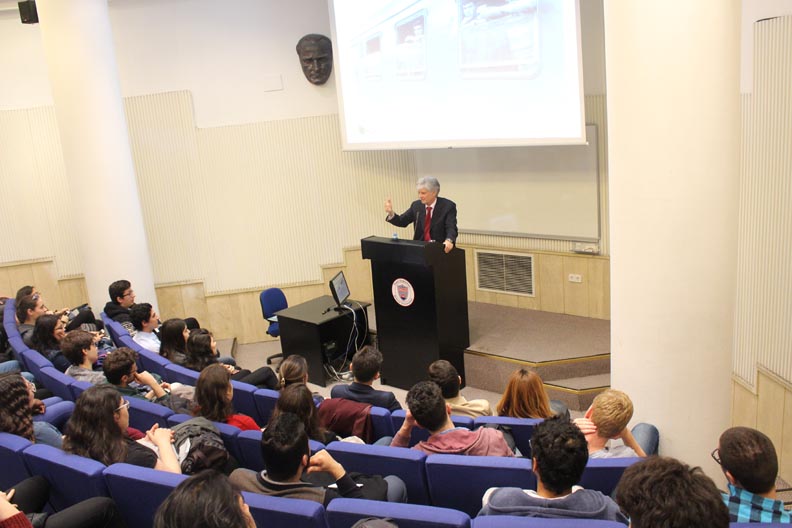 On Tuesday, April 11, the Bilkent Model United Nations club and Bilkent International House hosted the ambassador of Austria, Dr. Klaus Wölfer, for a compelling and highly informative talk. The topic was “Vienna–Istanbul: The Origins of Diplomacy, From the 18th Century Until Today.”

The ambassador spoke about the history of Austria, and how the relations of Turkey and Austria have evolved from the era of the Austro-Hungarian and Ottoman Empires up to the present day. He noted how important a role both Austria and Turkey play in the current global political arena, especially with respect to the ever-changing challenges that Turkey and the EU are facing.

After the talk itself concluded, the floor was opened for questions. The conference hall was full of students from every department at Bilkent, many of whom were eager to query the ambassador on a wide range of topics. These included Austria’s recent elections and the rise of populism in Europe, post-referendum Turkey–EU relations, how countries in the European Union and the world in general will grapple with the fake news and alternative facts phenomenon sweeping global media, and how the EU will deal with the Brexit issue.

Dr. Wölfer answered all the questions with the poise and panache of a seasoned diplomat, giving answers that clarified the stance of Austria and the EU on all of the above-mentioned issues. All those in attendance appeared to thoroughly enjoy the talk and undoubtedly learned a great deal from one of the key members of the diplomatic community in Ankara.