Some weeks ago I said I was planning to talk about “techno-thrash.” Well, I guess the time has come for that now. Firstly, I must admit that this is quite an underground term and a little bit of a confusing name for a genre. The confusion comes from the fact that “techno” also refers to the electronic music genre, which is, however, completely irrelevant here. Techno in this case refers to technologic/ technocratic, and the full phrase is generally—but not always—used as an alternative shorthand name for “technical thrash metal.”

It is hard to attribute the founding of techno-thrash to a single band, but I can name three instead: Voivod, Mekong Delta and Watchtower. With their 1987 album “Killing Technology,” Canadian band Voivod ignited something different in thrash metal. Although Watchtower’s debut, “Energetic Disassembly,” was released two years before “Killing Technology,” their main contribution to techno-thrash came from their second album, “Control and Resistance.” Along with Voivod and Texan techno-thrashers Watchtower, the third band that contributed to the formation of techno-thrash was the German ensemble Mekong Delta. Starting with their self-titled debut, which also came out in 1987, they became one of the most inspiring bands in the genre. Voivod set sail to other genres after their release of two albums—“Dimension Hatröss” and “Nothingface”—following “Killing Technology,” while Watchtower released a single in 2010 (“The Size of Matter”) but are still waiting to record their third full album. This is because the band’s vocalist position has been vacant since the departure of Alan Techhio (after that release) to sing with his other band, Hades. 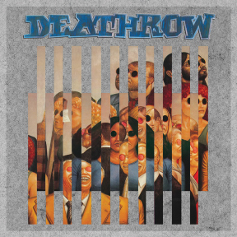 Let me now talk about the general characteristics of the genre. The very first signature is the analog guitar tones, which most of the time feel like they are coming from the depths. Complex and nonstandard time signatures, generally complex song structures and technical riffing, combined with highly creative vocal parts (sometimes hysterical-sounding, or incorporating high-pitched falsettos) are the genre’s other main features. Another common element for techno-thrash bands (which for the most part is actually the case for other sub-genres of thrash metal as well) is the highly critical nature of their lyrics; Deathrow’s “Deception Ignored,” Realm’s “Suiciety” and Toxik’s “Think This” are just a few examples of this. 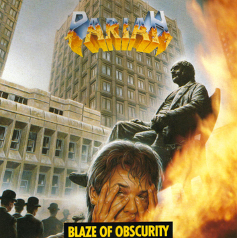 Unfortunately, techno-thrash’s existence ended before even reaching the mid-90s. Most of the bands have received recognition very recently, years after the release of their genre-bending albums. Today there exist some bands like Vektor, which are hugely influenced by the techno-thrash era but nonetheless cannot be termed techno-thrash bands (mostly because of their modern sound and digital tones). Still, these bands can be said to be the successors of the techno-thrash tradition.

I want to finish this week’s column with a list of some techno-thrash masterpieces. I believe this will also give some help to those curious ears that want to become familiar with the genre, so I am providing the album names in parentheses. Give techno-thrash a chance, and stay connected to music! 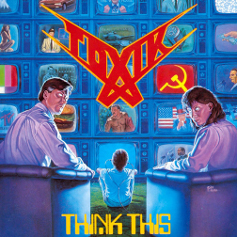