21 April 2014 Comments Off on TECHNOLOGICAL CATASTROPHE

In his recent columns, Altuğ has written about the effects of technology and the Internet on the music industry. I want to talk about a different aspect of technology’s impact on music: the recording procedure.

It would be quite natural to expect improvements in technology to result in better recordings. But I would say that it is just the opposite most of the time. What I am going to criticize in this week’s column is “the digitalization of recording.”

I should first clarify one thing: I don’t mean electronic music or any of its sub-genres when I use the word “digitalization.” In fact, in my opinion, the electronic music industry has benefited hugely from improved technology, and sub-genres like IDM, jungle techno, liquid funk etc. exist thanks to these improvements. So to prevent possible confusion, let me say that I am going to criticize “the digitalization of recording in rock and metal music.”

In many different contexts, the comparison of analog and digital is encountered: for instance, in electronics, or in photography, or, as here, in music recording techniques. This list can be made longer and longer, but one thing that seldom changes is the superiority of analog to digital. Of course, the drawback of using analog technologies is the higher cost compared to their digital counterparts, but as far as quality is concerned, digital technologies cannot compete with analog ones in most of these contexts yet. 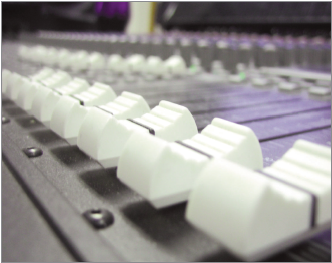 Until the early 90s, recording was done mostly­—if not fully—in analog: including fully analog drum kits, analog guitar and bass tones from “real” amplifiers, real instrument recordings without the use of VST….Then came the triggered drums. I would say this was the point that changed everything—in a bad way—and after that nothing was ever the same as before. Yes, the use of triggered drums provides great convenience for drummers, since it allows the correction and editing of many time signature mistakes and tone problems. But the drawback is huge; instead of the beautiful analog sound, the resulting sound is very digital—even with today’s technology—and of poor quality. Drum machines and programmed drums had already been used for many years before triggered drums (and are still used today), and, excluding the fusion genres with electronic music (e.g., electro rock), they sound awful (with some rare exceptions).

With the advances in technology, in the mid-90s VST (Visual Studio Technology)—and its like—found a place in the recording process, allowing the usage of millions of digitalized instrument sounds and effects. In some genres—like electronic music—I admit that it has been groundbreaking, but this does not apply for rock and metal music (again excluding their fusions with electronic music). The advantage of VST is that it has lowered the cost of recording, giving many musicians the chance to record their work, but in my view the quality of these recordings has dropped dramatically. And after a certain point, nearly all bands, producers and engineers started to turn to digital in order to lower their recording costs. One other thing is that these digital technologies have also been detrimental to musicianship, since they allow musicians to make many mistakes during the recording process, which can be altered, edited or even completely changed later.

I don’t want to seem biased, so I should again say that digital recording techniques have permitted musicians to record their music more cheaply, with many of them even being able to record at home. This is really an important, and positive, thing. But—and this is a huge “but”—I still prefer the good old analog recordings: progressive rock albums of the 70s, metal albums of the late 80s and early 90s, and many other examples—in short, the analog recording style. Unfortunately there is not much that can be done about the shift to digital. So, at least this time, stay connected to music—with analog recordings!