The Beauty of Simple Complexity

25 November 2013 Comments Off on The Beauty of Simple Complexity

With a sentence-long name typical of the genre, Maybeshewill is an English post-rock band, producing electronic-influenced progressive and, considering the genre, unexpectedly melodic music.

Maybeshewill mostly makes instrumental tracks. They compose very technical and progressive guitar and piano leads that melt into each other, adding volume and density to the sound. These melodic elements are accompanied by dense drum fills with complex rhythms. I really like the guitar and keyboard tones and effects they use on their records. In some songs, they include old excerpts from speeches on political or social issues, or quotes from movies, which are the only audible vocals in their music, apart from the rare choruses they employ. 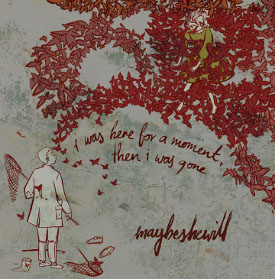 What I admire the most is that even though they produce a very technical and rich sound, they still manage to keep it quite melodic and easy to listen to, which I believe is the biggest success of their records. That’s why I prefer to call their sound complex, yet simple. There are always surprising technical details hidden in the compositions, waiting to be revealed, yet the everyday listener does not become exhausted by the complexity of the sound, because a certain level of simplicity is preserved. What I love about Maybeshewill is the puzzles that they hide in their songs. I find it fascinating to realize, even after numerous listens, that there is a little trick in a song. The melodies and the rhythms are brilliantly merged and interchanged among the various instruments.

Maybeshewill has released 3 LPs and an EP. However, in spite of their improving and distinctive sound, they still have not managed to attract many listeners, almost as if they were doomed to stay an underground band. Their largest promotions seem to be live performances. They have played 139 concerts in the last year and a half, which I think is quite a lot. In almost all of the comments and reviews on the band, their live performances receive highly favorable notice.

Recommended For: listening to while studying, and definitely for music enthusiasts like me, who like to concentrate on songs and analyze their details.

Check Out the Songs: “He Films the Clouds Pt. 2,” “To the Skies From a Hillside,” “The Paris Hilton Sex Tape,” “Sing the Word Hope in Four-Part Harmony,” “Not for Want of Trying.”

“Thinking in Textures” is Australian electronic musician and singer-songwriter Chet Faker’s debut EP. Although I do not like his genre, I cannot stop listening to this album. I feel a personal connection to it because of the title and the album artwork. When making music, I always find myself literally thinking in textures: “the key in the middle,” “the fret next to the third line” and so on. I sometimes even put my guitar picks on the piano keys to keep track of the previous notes, as portrayed on the right.

Anyway, even though his sound is very out of my style, I’ve really enjoyed discovering the way he thinks while composing. If you find it interesting to observe the idea of thinking in textures, I recommend checking out Faker’s unique way of composing in a very common musical style. 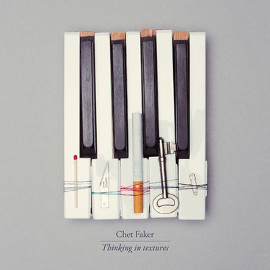 This is a tiny collection of songs sharing a mostly dark atmosphere, which pulls me into a calm, retro mood. You will see the connections and harmony if you listen to it all the way through, as one piece.