I would say that “Invisible Man” by Ralph Ellison, an African American novelist, has been really important for me. This book was first published in 1952, but I was introduced to it when I was in the US in the 1980s, at the University of Iowa. Originally, I had been planning to do a comparative study of the 19th-century poet Walt Whitman and the contemporary poet W. S. Merwin for my dissertation. But we had to take independent study courses for our PhD comprehensive exams, and one of them was with the late professor Darwin T. Turner, a leading scholar in his field. He prepared this list of fifteen books for me; one of them was “Invisible Man.” I couldn’t figure out some of the images at that time, but he explained the stereotypes to me. And I came to love that novel. 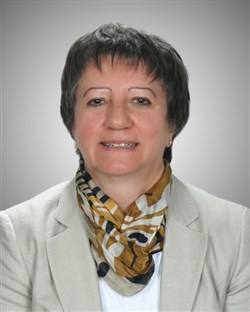 It’s about this young black boy, in his high school graduation year, going to different parts of US, being humiliated (most of the time racially) and fighting his way through and against these racial prejudices. So, it was a kind of history of the 20th century in terms of white-over-black social relations, but what is really important is the title: the narrator, who is also the protagonist, has no name in the book. He’s always called Invisible Man. He calls himself invisible, and he is invisible, because people refuse to see beyond his skin color. So he tries to search for his individual identity. This is very difficult; it’s a huge, long ordeal, with political organizations, with his schoolteachers, with the principal of the school…then he moves from the rural South to a city in the North. And he has to struggle against many more obstacles. Many people give him advice about what to do, but eventually he realizes that people have been manipulating him, because they have always seen him as a mere stereotype and nothing beyond that. So, he resists and uses his own agency to discover who he is. It is not a complete process, but I thought it a great advance, in that he is able to see through stereotypes, through what has been imposed on him because of his skin color, and is able to become seen to some degree as an individual—a significant achievement at that time.

So, there was a professor who made a deep impact on me because of the way in which he led me to see the African American experience through what various authors wrote about African Americans or what African American authors wrote about black characters. For instance, I saw how this character, in Invisible Man, fights to find a way to fit himself into the dominant white society’s frame of recognition, or regime of visibility as it’s called now. The way in which this professor (who also served on my PhD comprehensive oral examination committee) taught me to read African American novels would eventually trigger the writing of a book that I published in Turkish in 1997; “Invisible Man” became the subject of a chapter in that book. 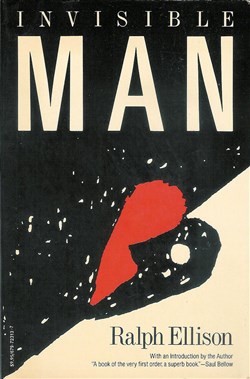 Many things in my career would have been different if I hadn’t read “Invisible Man.” I would have written my PhD dissertation on American poetry. I had already taken six courses in American poetry by that time, and I don’t think I would have proceeded to study novels or write about them. I would have continued to publish on poetry. Instead, I came to realize that novels were a way of documenting what was happening in the society at large. And this also offered me the opportunity to keep in touch with current issues; it offered me a kind of “literary activism,” as one of my American colleagues in the US prefers to call it.