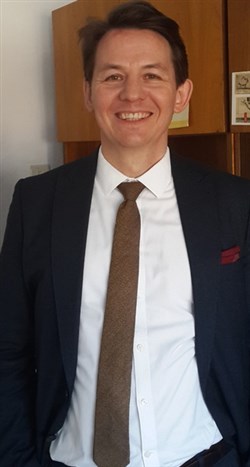 The book that has influenced me most is “The Aleph” by Jorge Luis Borges. This is a difficult question, by the way; you’re influenced by one book at one age, and then you’re influenced by another book at another age. But this book, which I read when I was probably about your age, has been extremely influential for me, to the point where even today I still go back and read it.

This is a book of stories. And it’s a book of very strange stories, because often what happens seems not to make a lot of logical sense. There’s a story about a guy who drinks from a river and becomes immortal. And there’s another story about a man who’s locked up in a jail with a jaguar.

But the story that affected me most was the title story, which is essentially about two writers. They’re kind of rivals—they don’t like each other that much, although they pretend to. And one of the writers discovers that the other has in his basement something called the Aleph (it’s the same in English and Spanish). Aleph is the first letter in the Hebrew alphabet, and also, with a slight variation, in the Arabic alphabet; I think this is where the Turkish name Elif comes from, so I thought it might have some kind of local relevance.

Anyway, this guy has the Aleph in his basement. So the other writer, who is actually Borges, asks him, “What exactly is an Aleph?” and the guy says, “Well, it’s a point where you see everything that exists everywhere in the universe from every possible perspective.” So the other writer thinks that he’s crazy. And then the guy says, “Why don’t you come and see it?” The other writer says okay and goes into the basement. And he sees this Aleph—in other words, he sees everybody in the whole world at the same time, from every possible angle, and everything that happens, and even sees himself seeing all of this. And he goes a little bit crazy for a few days.

That’s essentially what happens in the story. Plotwise, it may not seem like it’s all that interesting, but for me, reading it when I was your age was fantastic. 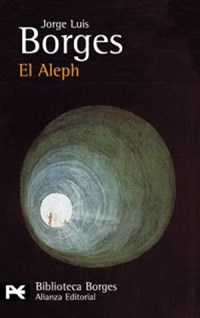 When I read the book, I was at university and didn’t really know what to do. I was reading a lot of philosophy, which I thought was really interesting. And sometimes I read literature because it was fun and I really enjoyed it. “The Aleph” is a work of literature. It wasn’t the first one like this that I read, but it was the first one that really made my jaw drop. And it was, I think, the first time I read a work of literature and thought that I really wanted to continue reading literature and have it in my life.

Borges was only the first of many writers that have made me feel this way, but the ideas here, like the ideas in philosophical works, are absolutely beautiful. Generally we think of writing as just a way to express ideas, but writing in literature—and Borges is a great example of this—is more than just a means to an end. You can’t separate the ideas and the way they are expressed. I kind of knew that already, but reading Borges was the first time I really felt it, and I thought, “Wow—this guy is saying something that nobody I’ve ever read before has been able to say. I want to read more literature—this is what I want to spend most of my time doing from now on.”