The Clock Is Ticking

18 April 2017 Comments Off on The Clock Is Ticking 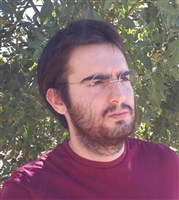 I was watching a video on the Vsauce channel on YouTube. At one point, Vsauce host Michael said that researchers have determined that half of all the people who ever existed died from malaria. I was amazed to hear that. Plasmodium being the greatest killer of humans is not that surprising, but the fact that this many deaths are attributable to it is truly unbelievable. However, if we get philosophical, even this parasite’s lethality doesn’t compare to how deadly time is. Plasmodium makes you sick, but time is sick itself; it creates all of us, the living, just to troll us throughout our lifetimes in order to gratify its twisted sense of humor, and eventually kills us. Here are some more of this monster’s properties:

1) Only Time Knows the Future

The Enya song “Only Time” is the perfect track to listen to while relaxing, meditating or taking a bath (hail Chandler!), as the new age genre requires. The song emphasizes the human perception of love. Who can tell how your current love will change in the future, how your currently broken heart, which you think will never heal, will progress in the future? – only time can tell. But you can generalize this: even though you may be absolutely sure how certain things will go in the future, perhaps the exact opposite will happen; only time knows. Mathematically speaking, it’s just simple statistics. Lots of things happen in your life, so some of them are bound to follow the unexpected path, but you can’t know which ones. The song’s beauty comes from the way Enya’s echoing vocals harmonize with the simple instrumentation. Additionally, I want to note that Enya’s chanting is a really great sound for connecting verses, in the same way that Paul McCartney’s “I love you”s are great connectors in the Beatles song “Michelle.”

“One Time” by King Crimson is also a very relaxing ballad, but it comes with deep melancholia. This song is dreamy. Imagine you’ve applied some sort of transformation to yourself, enabling you to stand somewhere other than in the domain of time. You’re beyond space and time, and from that vantage point, you look at the past, the present and the future. You see that the trials of time you’ve survived up to the present have all been meaningless, and none of your hard work will be rewarded as you had thought; and yet no matter what, you’ll keep hoping for something that’ll make your time worth it in the future. But you don’t get depressed, because you also see that’s just how life works, and your entire life has the duration of just one breath. Though the song may seem simple in structure, it’s made beautiful by the complex bass and drum rhythms in the background. But you don’t need to notice that, since you’ll be entertained mostly by the vocals and the lead guitar, which are both very rich in emotion.

3) It’s Faster Than You Think

This is the most obvious choice for this column. “Time” from the album “The Dark Side of the Moon” is one of Pink Floyd’s finest songs (second best, in my opinion). The introduction of this song is simply amazing. As the explosion effect that ends the previous song fades away, the clocks start ticking. What happens in about five seconds is that you’re in an antique store, and all of the clocks’ alarms go off. As the alarms fall silent, Roger Waters starts a two-minute-long psychedelic passage by simulating tic-tocs with his muted bass strings and Nick Mason experiments with rototom drums, while the remaining two band members provide complementary sounds with their instruments; it’s a really enjoyable passage. Then the first part of the vocals begins. You, a young man in the prime of your life, are enjoying your days in laziness because time is still a plentiful resource. Then you take a break from doing nothing to tilt your head up and look at the clock, and you see that all of your deadlines are past due, your parents have gotten old, a long-time friend has died, and your lost loves are stacked up to the ceiling. Adrenaline is released in your body as a response to this terrifying realization, and you lose yourself in David Gilmour’s guitar solo. I can’t point to a solo he did better in the studio, or even live. In fact, I don’t think I can point to more than a few solos in all of music that are better than this one. You can be capable of hitting 30 notes per second, but it’s probably more difficult to come up with a sluggish, yet incredibly powerful solo like this. I’d like to think that the second part of the vocals describes how time feels like it goes faster as we grow older, but that’s open to interpretation. Anyway, it doesn’t matter – in the end, all men eventually die.

Banco del Mutuo Soccorso created the masterpiece concept album “Darwin” in 1972. These Italian musicians made use of their precious skills and precious time by writing ambitious songs about concepts such as evolution, standing up to walk on two feet, and the first development of romantic love 750,000 years ago. Now the year is 2017, and antievolutionary views still have a wide range of supporters. Time really is a troll, isn’t it? They could be right, though; I mean, we still can’t say why the monkeys of today aren’t becoming humans, if humans came from monkeys(!). I remember that in elementary school, my friends and I were really excited about Korn’s song “Evolution” when it came out, because we were fans of the band and this song was just as good as their much earlier releases, unlike most of their later ones. The music video illustrates the song as if it’s about the devolution of humans, since we get less intelligent, less logical and more war-hungry as time moves forward. But the daring lyrics clearly state how antievolutionists are all about deceiving people, how their views became obsolete as science developed, and how they will be remembered as nothing but mentally deranged men a million years later. We are just intelligent animals who are controlled by the beast inside: we fear for our lives, we fight unreasonably and we get down and mate; or so the song claims.