The Great Art of Covering Songs

Ege Özgün (PHYS/PhD)
to this point of view. In my opinion some cover songs can be not only as good as the originals, but even better. I’ll list and briefly talk about some of the covers that I really think highly of. 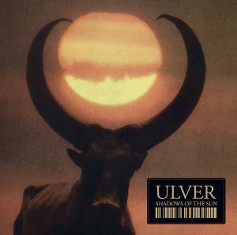 The original version from the 1971  album “Master of Reality” features some of Ozzy Osborne’s softest (in terms of tone) singing. It’s a beautiful song. But Ulver did a spectacular cover of “Solitude” in their 2007 album “Shadows of the Sun.” Let’s be honest, Garm’s voice fits the atmosphere of the song far better than Ozzy’s.

The original Beatles version of “Eleanor Rigby” is quite famous and indeed a great song. But members of the techno-thrash band Realm thought that it was lacking some speed, so in their 1988 debut “Endless War” they increased the tempo and created a speed/thrash metal version of the song.

“Heaven Can Wait” was released on Maiden’s 1986 album “Somewhere in Time” (which is among my favorite of their albums). The song is really amazing, but what’s more amazing is its cover by the Swedish band Hellsongs. Hellsongs is a band that does calm and relaxing covers of metal songs, and their version of “Heaven Can Wait” is one of the best covers I have listened to in my whole life.

You may be surprised to hear that Miles Davis covered a song by Michael Jackson. The original release is, in my humble opinion, one of the best songs MJ ever sang. Davis covered it in his album “Decoy,” which was released two years after MJ’s legendary “Thriller.” Both the original version and the Davis cover are impressive.

I guess this track is the most widely known song by Chicago, and it’s fantastic. But why not make it even more fantastic by covering it with a thrash metal attitude? That is exactly what Intruder did in their 1990 EP “Escape From Pain.”

I used to be extremely biased against this cover. By biased I mean I used to hate it. But when I was released from the hazy vision generated by my prejudice, I first started enjoying the cover and then grew to love it. 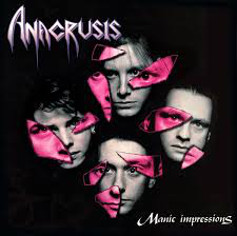 New Model Army has inspired many bands, including metal bands, and some of the latter (Sepultura, for instance) have shown their appreciation by covering NMA  songs. Anacrusis, in their 1991 album “Manic Impressions,” covered “I Love the World” with a stunning performance.

I saved my favorite till the end. Zappa did a perfect cover of Zeppelin’s “Stairway to Heaven.” His version features a blend of humor, musicianship and creativity. Just listen to it!

The examples above are a selection of the songs that have made me think covers can definitely be equivalent or even superior to the originals. Of course, all of these are my personal opinions, and it’s quite natural that you may disagree with me concerning the list (I’m almost sure that most of you are going to hate me when you see “Comfortably Numb” there, but please give it a second—or a third—chance). But this is exactly what makes music so interesting : everyone has their own interpretation of the songs they listen to, so again I’ll end by saying, “Stay connected to music!”