11 May 2021 Comments Off on The International Chronicles 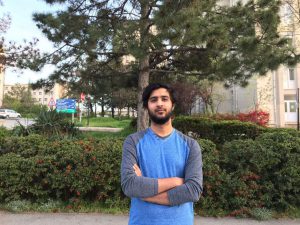 I would say the atmosphere. I’ve only been to Ankara, but the city itself feels beautiful in a different way from any other place I’ve ever been. It also gives me a sense of being in a city greater than myself, with people from everywhere in the world.

A lot, to be fair. I’m pretty sure everyone who reads this part and sees a Pakistani knows what’s about to come. I’ll try to say something that people might not know: the flags of both Turkey and Pakistan have a crescent and a star. The biggest similarity, however, is that both countries have a Muslim-majority population. Then too my language, Urdu, is basically a product of the amalgamation of Turkish, Persian and a few others, so there’s a similarity of language to some extent as well. Pakistan and Turkey also share a love of food (which I’m not complaining about one bit). The thing that I like the most that’s similar in both countries is the love of tea. I love tea, and seeing it available almost everywhere is such a beautiful sight.

I’ve only been here for four months, so I’m not emotionally attached to a lot of things “Bilkent,” but one thing I will miss is living in the dorms. I lived in dorms in high school, but the dorms here are different, and I’ll definitely reminisce about just walking out when it’s snowing or meeting up with friends to go play random games. As far as Turkey goes, döner. I love it!

The lake on East Campus. When I’d been at Bilkent for just a few days, I went to the lake with someone who was showing me around the campus. She told me it would be a long walk, but it was worth it in the end. Since then, whenever I feel overwhelmed with emotions, I go to the lake and just sit there in silence for a while, and everything starts to make sense and fall into place.

It has to be döner. My order history is filled with me ordering döner. It’s the closest thing to my favorite food back home, paratha roll, so I just had to try it. And you don’t need to try it a second time to develop an addiction.

Hopefully as a published author of a book and also doing my own research in genetics.

Language; you can’t go out and just talk to people or even ask where something is.

I’ve only been to Ankara, so Ankara wins by default.

“What’s wrong with Bilkent?” (asked by every student I’ve had a proper conversation with).