05 October 2021 Comments Off on The International Chronicles 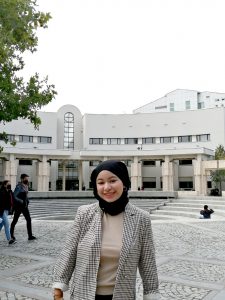 Turkey appeals to me since it’s a magical and beautiful place, particularly its breathtaking landscapes and islands, which entice visitors. It acts as a link between the East and the West. It also incorporates elements of both Eastern and Western cultures. Turkey is a tourist paradise here on this planet, with numerous tourist attractions, museums, palaces, islands, beaches, bridges and landscapes that dazzle visitors and meet all of their needs.

Although Turkey and Malaysia appear to be similar, they aren’t. Let me explain. Turkey and Malaysia are Muslim-majority countries, with Muslims accounting for about 60 percent of Malaysians and 95 percent of Turks. In the case of Malaysia, however, ethnicity and religion are linked because Malays are Muslims. In Turkey, there is no such thing as a one-to-one correlation between ethnicity and religion. If you ask me, that’s a significant distinction. Second, both countries are regarded as Islamic models of moderation. Similar? No. Malaysia does not yet have a civil code, like  Turkey does.

I’ll miss the atmosphere at Bilkent University as well as the kind classmates who have been quite helpful to me. Not to mention my close friend, who will be missed; a friend who is always there for me, no matter what.

Çatı Café, I believe. It’s conveniently located near my dorm and makes my life easier because I enjoy eating there and the food is reasonably priced. I also enjoy ordering a Starbucks beverage. What’s your favorite Turkish food and/or favorite part of Turkish culture?

Turkish food, which is mostly influenced by Ottoman cuisine, offers a wide range of delectable meals. When it comes to Turkish cuisine, su böreği is one of my favorites.

“The jury has reached a verdict, and the plaintiff has been convicted.” Those are the words I shall finally hear one day. My ambition is to become a lawyer: a legal professional who is licensed to practice law, and who can represent or prosecute people who have committed crimes.

When I initially arrived in Turkey, I had no idea what the Turkish language was like or how people, especially my lecturers and classmates, would approach me as a foreigner. I’m still learning Turkish, and catching up in all of my classes has been the most difficult obstacle I’ve faced in Turkey, and one of the most difficult in my life so far. It was hard at first to adjust to a new atmosphere and be around people who weren’t from my culture, but I gradually became accustomed to it and managed as best I could.

İstanbul is one of my favorite cities because of its rich culture and great cuisine. Not only that, but İstanbul is a fascinating destination to visit since the streets are walkable, the towering old trees all seem to be telling stories, and the weather is moderate.

The most common remark I’ve heard about Bilkent is that the courses are difficult and time-consuming; if you don’t realize this, you won’t be able to cope. And Bilkent has some rather specific rules.