22 March 2016 Comments Off on The International Chronicles 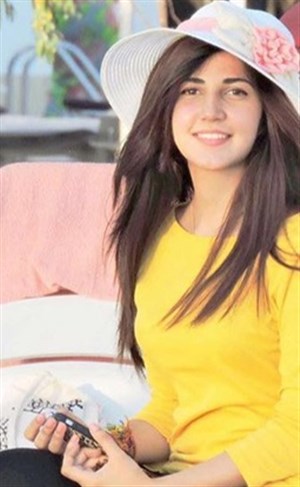 The people, hands down!

Are there any similarities between your country’s culture and Turkey’s?

Quite a lot, actually; apart from the customs and values, some aspects of the languages are similar as well.

What will you miss most about Turkey/Bilkent?

I don’t want to think about leaving just yet; I’ll leave that contemplation for later.

Definitely the hill outside Bilka, because you can roll down it easily.

On September 5, 2016, I flew to Turkey. The decision in its literal sense was absolutely random—I packed my bags in three days and applied for my visa at the airport. But my first few thoughts upon arrival were that this place feels like home already. I believe what we so often fail to realize about finding our “home” is that home is in no way parallel to being static, home is not grounding yourself in one place; home is knowing that you made the most of wherever you stayed, be it four months or four years.

To make a long story short, I was seeking change, and I felt the need to grow out of my shell. Turkey was the first place that came to my mind, and from then on I just trusted my instinct.

I love the concept of how people seem to have replaced the classic Alfredo sauce with yogurt here. I mean, all my life I went through the trouble of making tomato sauce as well as rich cheesy alfredo sauce to go with it, but here you just substitute yogurt, and, I kid you not, it tastes way better. So mantı is definitely my favorite Turkish food, partly because I’m able to make it myself so easily. But just to be fair, I feel like I haven’t tried enough Turkish cuisine. Börek is pretty good too, but I can’t make it.

You know, that’s a pretty dangerous question. It can cause people to have fits. No joke. But anyhow, if you had asked me 10 years ago, I would have said an astronaut who retires and turns into a writer. But then math got in the way.

My biggest challenge was doing the dishes, and I’m not even kidding. It took me a while to get over it—I was the kind of freak who’d buy new plates rather than washing the old ones. But on a rather serious note, one of the biggest challenges was adjusting to the weather. The snow really got to me. But I’m glad spring is here now. (I don’t know why it snowed in mid-March, but oh, well.)

What cities have you visited in Turkey? Which one do you like the best?

İstanbul, Bolu, İzmir and Pamukkale. (Wow, that’s a short list.) I liked İstanbul the best, not only because it’s downright beautiful, but because I ended up there accidentally due to a post-snowstorm canceled flight and managed to roam around Taksim with six of my closest and dearest teammates.

If I tell you, it won’t really be hidden anymore.