The Man of Many Faces

17 February 2014 Comments Off on The Man of Many Faces

This week, we are hosting Daniel Dumile, who is one of the most influential and iconic musicians from the underground hip-hop scene. He not only makes creative music, but has also been able to conserve a very artistic and literary perspective about the concept of music, which is not very common for recent artists and the current music industry.

Dumile is known by his stage names: MF DOOM, Viktor Vaughn, King Geedorah and Zev Love X. Under these stage names, he has released 6 solo, 10 instrumental, 2 live and 7 collaborative albums.

Dumile has numerous times defined himself and his musical style as old-school, due not only to his current age of 43 (given that the majority of rappers are in their 20s), but also because of his perspective and his critical approach to the modern understanding of hip-hop. He states that he finds the current state of the scene too serious, competitive and tense, compared to the way it was in his youth, when the artists were more relaxed, humorous and spontaneous. As a response to this attitude of the modern scene, Dumile makes use of distinct personas and wears a metal mask during his performances. 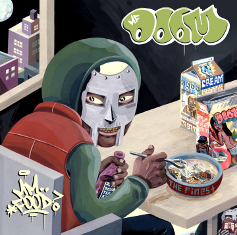 He explains that in the earlier years of hip-hop, people usually listened to the music first and judged the artists  on the basis of their sound alone. Since the artists were not popular, the audience was not able to see them until much later. But, observes Dumile, as hip-hop became more commercialized and profitable over time, the artists started to create images that sometimes overshadowed their actual art. So, by wearing the mask, he tries to abstract his identity and his appearance from his music, as a reaction to the idea of the brand image of an artist.

Dumile sees all of his work as a whole and defines it as an ongoing story line, which advances with each of his releases. When he is making music, he always puts on a persona, each represented by a different stage name. These personas are the narrators of and actual characters in this story. Unlike most rappers, he is never personally involved in the lyrics, but tells the story from the perspective of the character he is representing at that moment. With such a literary style, he keeps a distance between himself and his music, adding a second layer to the aforementioned abstraction. Since his distinct characters have different personalities, he avoids the trap of being consistent throughout his career, which he thinks is a very common problem for modern rappers.

Dumile is well known for his stylistic and entertaining musical arrangements. His songs are mostly based on samples, taken from almost anywhere possible, such as conversations in cartoons, language teaching recordings, excerpts from movies and, obviously, parts of other songs from various genres. He reinterprets these samples by adding sound effects and light compositions of synths, basslines or drum tracks, and combining the edited samples in very creative ways, which leads to very unusual musical collages. However, Dumile does not excessively edit his samples; he makes just enough additions of his own, conserving the essence of the original piece of work. While listening to one of his recordings, one may initially find himself watching a cartoon and, a couple of seconds later, in a 1970s mood, listening to early electronic music. These transitions, and the multidimensional nature of the arrangements, are what make his music so entertaining. 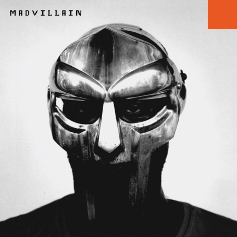 Dumile’s story line is shaped around the concept of villainy. He describes events through the eyes of the villains and tries to demonstrate how they perceive the world. The main message throughout the story is that villainy is a very subjective concept: depending on the point of view, anybody can be seen as a villain.

He explains that MF DOOM and Viktor Vaughn are like the typical villains that we encounter in any comic book or cartoon, but they have different understandings of life. King Geedorah is like MF DOOM’s evil master, who gives him orders. Zev Love X, on the other hand, is also a villain, but, notes Dumile, he is only a teenager, and even though he has a personality similar to that of MF DOOM, he is more inexperienced and naive. It is interesting that Dumile used Zev Love X only in his own earlier years, when he was actually around the same age as Zev. Later on, MF DOOM took his place, when Dumile had gotten older and experienced the death of his brother. So, the characters’ personalities are greatly affected by Dumile’s real-life experiences. I find it interesting to observe the changes in the story and guess what actual events have influenced it.

If you are looking for poetic and humorous lyrics sung on top of entertaining and creative music, give the villain a listen. Also be sure to check out his collaborations, “JJ DOOM,” “DANGERDOOM” and “MADVILLAIN,” which are all very interesting projects.

There’s a lot to say about Dumile; I hope I was able to adequately express his views and introduce his music in such a short text. See you next time, with a metal music list.