Three Weeks, Four Cities, Five Concerts: BSO at Home and on the Road

03 March 2014 Comments Off on Three Weeks, Four Cities, Five Concerts: BSO at Home and on the Road 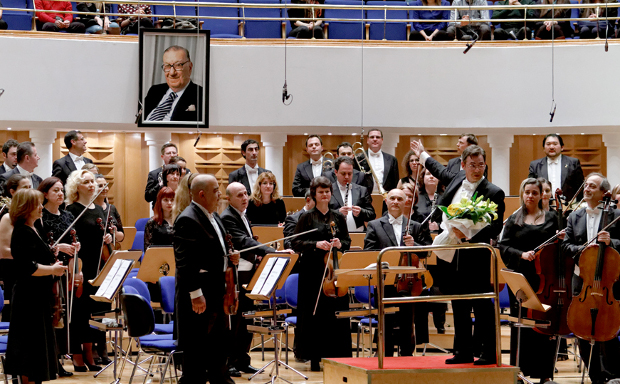 On Tuesday, February 25, the Bilkent Symphony Orchestra gave a concert dedicated to the memory of our beloved founder, Prof. İhsan Doğramacı, on the fourth anniversary of his loss. The orchestra, conducted by Artistic Director Işın Metin, performed an all-Tchaikovsky concert featuring the Piano Concerto No. 1, with Jean-Philippe Collard as soloist, and the Symphony No. 4.

The BSO then traveled to Erbil, Iraq, and Erzurum on February 27 and March 1 to perform at the İhsan Doğramacı Bilkent Erbil College  Concert Hall and the Bilkent Erzurum Concert Hall. Also conducted by Mr. Metin, with Mr. Collard on the piano, the concerts included pieces by Tchaikovsky and Mussorgsky, with narration by Prof. Talat Halman.

The BSO’s next concert, dedicated to International Women’s Day, will take place on March 8 at the Bilkent Concert Hall. Also, on March 12 the BSO will perform “Mozart’a Sonsuz Saygı” at Boğaziçi University’s Albert Long Hall in İstanbul.