10 February 2014 Comments Off on Thursday Performances From Bilkent Theater 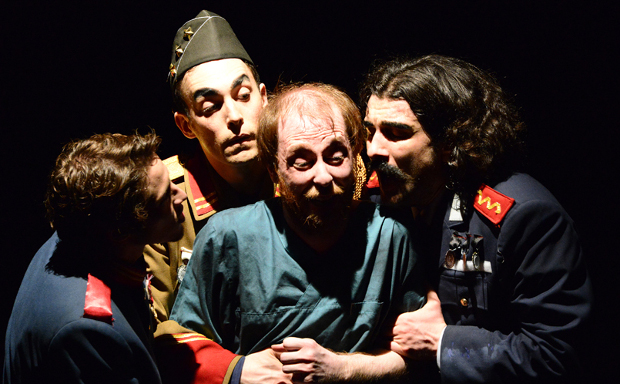 Every Thursday over the next three months, audiences will have the opportunity to attend performances at the Bilkent Theater. Plays are scheduled to take place each week in February, March and April. This month, two productions are being staged:  “Çıkmaz Sokak Çocukları” (Orphans), with one performance remaining on February 13; and “Policja” (“The Police”), on February 20 and 27.

“Çıkmaz Sokak Çocukları” (Orphans) is a three-character play by the American playwright Lyle Kessler, translated into Turkish by Ali Neyzi. The play is about two orphaned young brothers and their encounter with a rich but shady businessman, and is set in a dilapidated row house in North Philadelphia in the 1980s.

“Policja” (The Police) will take the stage on February 20 and 27 under the direction of İlham Yazar, instructor in the Department of Performing Arts. Written by Polish playwright Slawomir Mrozek, the 90-minute play is a work in the “theater of the absurd” style.

“Policja” takes place in a mythical country where all opposition to the state has disappeared and the last remaining political prisoner is to be released. Rather than face the prospect of retiring the police force, the chief of police decides to create an enemy of the state by ordering one of his officers to commit political crimes. The absurdity of the play culminates when the characters mutually arrest each other repeatedly, in an attempt to restore order and meaning to their world.