“Tickets for This Play Have Sold Out”

What to See This Season in Ankara
Ankara is a beautiful city with a beautiful audience. That’s what I believe, and also what the statistics say. I’ve heard many musical artists talking on stage here about how they love to perform in Ankara. This column, however, will focus on theater – and the statistics say that Ankara tops the theatergoing charts in Turkey, with the biggest audiences and the largest number of plays that are sold out.
According to a 2017 study from the Turkish Statistical Institute, one in five people from Ankara regularly goes to the theater. The theater audience in Ankara increased by 15.85 percent in the 2017 season, to a total of 1,019,685 people, and I bet this number has increased in the last couple of years, too. Who is able to easily find a ticket nowadays? Not me.

The city has 15 state theaters and many private establishments as well. Farabi Sahne (on Farabi Street in Çankaya), Akademi Tatbikat and Sahne 367 are examples of venues you might consider if you want an alternative to traditional theater. You can also visit the MEB Şura Hall to see faces famous in the dramatic arts in Turkey, like Haluk Bilginer, Erdal Özyağcılar and Erkan Kolçak Köstendil.

Let’s look at what the 2019 theater season is bringing us. Many new plays premiered on the first of October; here are some examples of what you can consider going to see this season in Ankara. 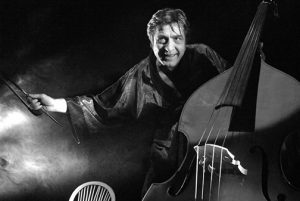 This is a masterpiece from the author of the best-selling novel “Perfume.” Patrick Süskind has also written many radio plays; however, “Der Kontrabass” (the title in the original German), published in 1984, was his first play for the stage. The only character is a narrator, who is a contrabass player struggling with many things in life. A long monologue, then, will take place, and you will hear a strong, compelling critique of music, society, sexuality and hierarchy. The one-act play has been translated into many languages; the Turkish version will make you think about life, in only an hour and ten minutes. Directed by Metin Belgin, with Olcay Akın Kavuzlu in the role of The Man. 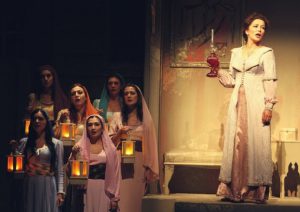 Güngör Dilmen, the famous playwright and dramaturge, is the author of this original Turkish play. His writing is inspired by works of history and mythology; this particular work will take you back to 1911, when İstanbul’s Aksaray district lost 5,500 buildings to one of the biggest fires in the city’s history. The name of the play may be translated as “Our Love Is the Biggest Fire in Aksaray.” This is a surreal interpretation of the Aksaray fire, a crazy love story. What can you burn for the sake of a happy ending?
First staged in 1989, “Aşkımız Aksaray’ın en Büyük Yangını” is now receiving a new production. The director Sinan Pekinton, who acted in the play 30 years ago, says it is an emotional experience for him to recreate this masterpiece.

“Art is not a mirror with which to reflect reality but a hammer with which to shape it.”
Bertold Brecht, people! The master of epic theater, who gets the audience deeply involved in the action, while at the same time constantly reminding them that the play is not “real life” – his name is enough to raise our expectations about a play, and they definitely should be raised.
As a young university student in Munich, he wrote five one-act plays; this particular one, “Die Kleinbürgerhochzeit” in the original German, is the only one of Brecht’s early works to be staged. Translated into English as “A Respectable Wedding,” the play draws attention to human psychology and social alienation.
Cem Emüler is directing the current Turkish production; among his other credits as a director is the well-known work “Memoirs of a Madman.” It seems like “Küçük Burjuva Düğünü” will also be playing to a full house this season. 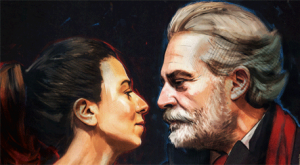 After being staged at the Zorlu PSM in İstanbul, “Pencere” has come to the MEB Şura Hall this November. The title of the original version is “Skylight”; it was written by British playwright David Hare and premiered in 1995 in London. The play is about Tom and Kyra, two individuals with different world views, who meet after many years and look back on their lives and relationship.
The Turkish translation of “Skylight” is the work of Haluk Bilginer, an actor whose name we’ve heard a lot after his nomination for an Emmy this year. He is also playing one of the two leading roles, with Esra Bezen Bilgin in the other. Directed by Birkan Uz, with stage design by Gamze Kuş, music by Çağrı Beklen and lighting design by Kemal Yiğitcan, the play is waiting for you to go see it.