03 February 2014 Comments Off on Triangular Music

This week, I want to introduce alt-J, an English indie rock band, and review a concert by Turkish post-rock band Mauna Kea. They both use triangles as their symbols, and both have released only their debut LPs, which have been enough to bring them recognition through the new perspectives they bring to their respective genres.

Since their debut album, “An Awesome Wave,” is the only record that alt-J has released so far, I am introducing this band with an album review.

The first time I listened to the album, I enjoyed the instrumentation, but as a listener who is very picky about vocals, I couldn’t stand the strange way the vocals were performed. So I put this record aside, and rediscovered it through a coincidence, quite a long time later. That’s why I strongly suggest that you be a little bit patient on your first few listens, until you get familiar with the characteristics of this band.

Stylistically, “An Awesome Wave” offers many new ideas to the genre. In my very early listens, I realized that the drums were very different from what I was used to, as if they were a mixture of studio drum recordings and the drum machine. Later on, I realized that it was all performed by the drummer, but that the band never uses cymbals or the hi-hat. For me, this aspect is really interesting to examine, because even though the drumtracks are very mechanical, repetitive and fast, they still sound quite smooth and calm. The second highlight of the album is the vocals. As I mentioned, initially I found this a repelling factor, but as I listened to the album and got more familiar with it, the style grew on me, and I started to appreciate the interesting, narrow-ranged vocals, which are sung with a peculiar accent. Combining these interesting ideas with beautifully composed light guitar riffs and harmonious keyboard parts creates the unique flavor of alt-J. 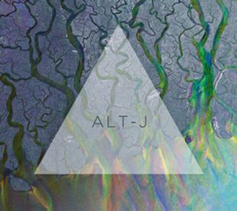 Besides their personal sound, which may attract the more careful listeners, alt-J offers entertaining, easy-listening qualities, making it a good choice for casual listeners as well. Even though their compositions are repetitive and sometimes merely catchy, the band has created successful song structures that are able to keep listeners’ attention on the music.

Recommended for: Pretty much anybody who is looking for some entertaining and easy-listening music, either to simply enjoy it or to examine it more closely.

Check Out the Songs: Tesselate, Breezeblocks, Dissolve Me

Mauna Kea is a Turkish instrumental post-rock band, whom I had the chance to listen to live in İstanbul. I had checked out some of their songs before, but my first extensive listen was on this occasion. They played all of the songs on their first and only release, called “Scales,” and also two new songs from their upcoming album.

I was really impressed by their different interepretation of the genre. Their sound was at the crossroads of many different styles. I was able to hear some influences of shoegaze (especially in my favorite numbers, “Sceptic” and the unreleased track “Pompei”) blending with the atmospheric compositions of slow guitar arpeggios, reverbed, light guitar parts and eerie, creative electronic samples, or sometimes only typical, heavier hard rock riffs. 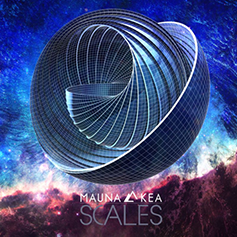 What I appreciated most was their ability to integrate all these elements in a very harmonious way, with the merging role of the changing drum fills and basslines. It is no wonder that the band includes three sound engineers.Thanks to their imaginative and successful way of using samples, the shifts between the compositions are very smooth and do not disturb the mood the song is creating. Most of their songs are very progressive, starting with light and soothing riffs, which are then built up with the escalating density of the background samples and layering reverbs. As the sound advances, the listener sinks deeper into the mood and atmosphere that have been created.

See you next time, with some underground hip-hop. The previously announced hip-hop jazz fusion recommendation has been postponed until the release date of a new album by the band in question.