11 December 2017 Comments Off on Turkish Special Olympics: Hearts Beating as One

Since 2015, the students of İhsan Dogramacı Vakfı Özel Bilkent High School (OBL) have been involved in volunteer work and projects with the Etimesgut Special Education School. One of their most recent volunteer initiatives was to assist in hosting the Turkish Special Olympics event “All Hearts Beating as One” on December 3, in observance of the UN’s International Disability Day.

Taking as their motto “Play together, live together,” 150 students and athletes from Etimesgut, Saygı, Ali Aktürk, Özel Özem and Yeni Hayatlar special education schools came together for a day to play sports and strengthen their friendship. 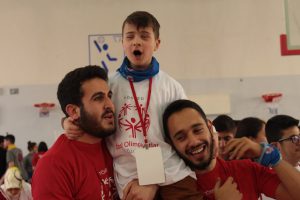 In addition, 70 Bilkent University TDP (Social Awareness Projects) members, 10 volunteer students from Kırıkkale University, and representatives of the OBL Parent–Teacher Association and the Özel Bilkent Graduates’ Association (BOMED) came together to support the event and took part in the activities alongside the special education students. BOMED, along with Düveroğlu and Nuh’un Ankara Makarnası, sponsored lunch for all 500 participants.

During the opening ceremony, Bilkent University Dean of Students Kamer Rodoplu and Special Olympics Board of Turkey Chairman Mehmet Civelek spoke about the importance of the event. Then, the games began; they included a range of competitive sports, following which medals and certificates were awarded to all participating students.

During a visit to Atatürk’s mausoleum on the following day, Mr. Civelek, both in a speech and in writing in Anıtkabir’s special visitor’s book, highlighted the value that Mustafa Kemal Atatürk placed on children. He pointed out the importance of the work of Turkey’s Special Olympics organization over the last 35 years and spoke about its future aims. 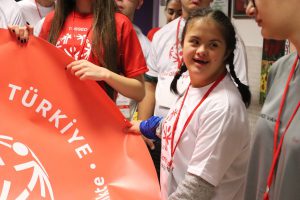 Representatives of OBL expressed their pleasure at having been part of the event. “We, as part of the Bilkent family, are very proud to have hosted this special day where hearts were beating together to raise awareness of the needs of children in special education. We sincerely hope to be to be able to host similar initiatives in the future.”