23 March 2015 Comments Off on Twisted Architects of Norway

This week we have two crazy bands from Norway. Both released fantastic albums in the early 2000s. This specific point is very important because their musical stance belongs to the late 80s-early 90s. It is very exciting to listen to these two great albums from an era in which it was really rare to find such genuine work. The bands have some members in common, but more importantly, some common musical inspirations, with Cynic, Psychotic Waltz and Watchtower being the most significant. Their other common point is that both have only a single full-length release. Let’s meet them.

Spiral Architect
Although their formation goes back to 1993, Spiral Architect released their first material in 1995. Their self-titled two-track demo was a sign of what would come next. This took five years, but it was really worth waiting for. “A Sceptic’s Universe” (ASU) came out in 2000. The lineup was legendary: on drums, Asgeir Mickelson (played in many bands as a live and session member and played for Borknagar for nine years); on bass, Lars Norberg (his work on ASU, which I will talk about in a minute, is beyond words); on guitar, Steinar Gundersen (played as a live member for Satyricon and later played in Lunaris) and Kaj Gornitzka (left the band and then appeared in Twisted Into Form); and on vocals and keyboards, Øyvind Hægeland (did vocal duties for Arcturus between 2003 and 2005). It is quite common to see this kind of “best of” lineup in the Norwegian scene, because they really like to collaborate, most of them are ego-free, and most of them are multi-instrumentalists. 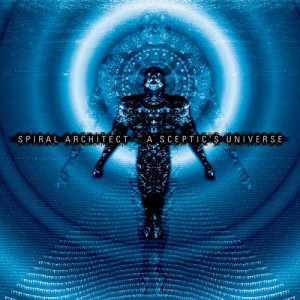 Now let me talk about the album. After a short listen, you might be likely to say, “Wow, Cynic got Devon Graves (a.k.a. Buddy Lackey) to sing for them!” Well, Øyvind definitely sounds like Lackey, and the musical construction is Cynic plus a bunch of Watchtower. Actually, Sean Malone from Cynic plays the Stick in the fourth track. The musical attitude is mostly in the vein of Cynic, with jazz-oriented progressions, syncopated and intelligently written drum parts (well, as a matter of fact, that is quite a standard thing for Asgeir) and sudden tempo and key changes. Lars’s bass work in ASU is brilliant. You can easily hear that he is greatly influenced by Malone’s style. The guitars have a great tone. They are sometimes reminiscent of Cynic and at other times of Watchtower. And most importantly, the album falls into perfect shape when all of these elements are combined. Definitely a gem from 2000. 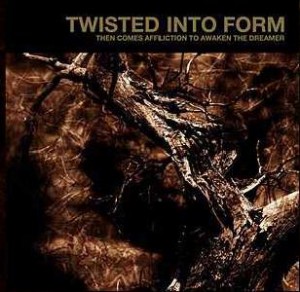 Twisted Into Form released their debut “Then Comes Affliction to Awaken the Dreamer” (TCAtAtD) in 2006, six years after their formation. Along with Kaj, the singer Leif Knashaug was also a member of both bands (Leif didn’t sing on ASU, but he was the guest vocalist in the ’95 demo). I’m not going to talk about Twisted Into Form in as great detail as I did about Spiral Architect. The main reason for that is because the two bands are really similar. This is the result of both the common members and the common influences. I will, though, say that Twisted Into Form was in fact inspired by Spiral Architect, as well as Cynic, Psychotic Waltz and Watchtower. Leif’s singing style is also very similar to Lackey’s, but this similarity is not as extreme as in the case of Øyvind.

TCAtAtD is a less powerful version of ASU, I would say. This negligible weakness results from the flawed realization of a perfect idea. Don’t get confused by the word “flawed.” TCAtAtD is still a great, stunning record, but it is not quite on a par with ASU.

These two clever albums are very unexpected for their decade. Not because there weren’t any genuine, inspiring works in the 2000s; to be sure, there were dozens of such works, but what makes ASU and TCAtAtD surprising for their time is that they so completely carry on the late 80s-early 90s attitude. If you like new and free ideas in music, if you are a fan of progressive metal (but not really in the vein of Dream Theater, which lacks “soul,” in my humble opinion), or just want to try a new thing, then these two albums are for you. Stay connected to music.