Asst. Prof. Andreas Treske of the Department of Communication and Design recently coedited two new open-access books, both published by the Institute of Network Cultures in Amsterdam.

The text of “From Opinions to Images: Essays Towards a Sociology of Affects” was compiled from essays and notes Ulus Baker, a Turkish Cypriot sociologist, philosopher and public intellectual, wrote between 1995 and 2002. In those essays, Baker criticizes sociological research and explores the notion of “opinion” as a specific form of apprehension between knowledge and point of view. He also looks into “social types” as an analytical device deployed by early sociologists, and finally considers the possibility of cinema and documentary filmmaking serving as means to understand the contemporary world, insofar as images may be regarded as “affective thought processes.” 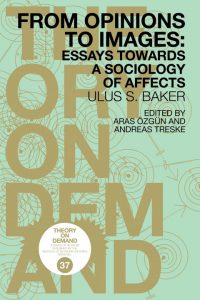 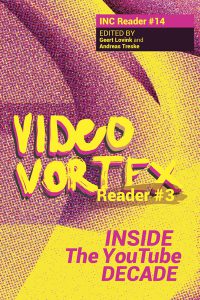 “Video Vortex Reader #III: Inside the YouTube Decade” is, as the title indicates, the third in a series of anthologies compiled under the auspices of Video Vortex, a “network of artists, activists, coders, curators, critics and researchers linked by the exchange of ideas, materials and discussions both online and offline.” The contributions included in the volume discuss a broad range of emerging topics, from bias in YouTube’s algorithms, to the rise of deepfakes, to video as online activism.

The books may be downloaded at: