Researchers at Bilkent University’s National Nanotechnology Research Center (UNAM) have developed an energy generator based on static electrification, deriving electricity from common sources of mechanical energy such as the sounds and motions of vehicles and the human body.

A recent study at the center reports a new energy-generating device based on the harvesting of static electricity on nonconductive materials. Dubbed MULTENG (for “multilayered triboelectric nanogenerator”), the 3D-printed device acts as a portable power plant—and comes at a size barely larger than a cell phone. The details of its design and fabrication have been featured as the back cover of Advanced Materials, one of the foremost journals in nanoscience and engineering. 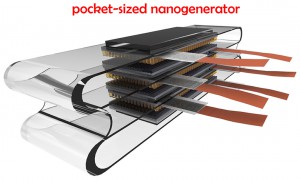 Triboelectricity, the electrification of surfaces during friction, has been known since ancient history, and yet is little utilized in the modern world. Its potential, however, is well-recognized by materials scientists. “Although it causes a lot of problems, triboelectricity is becoming a new type of energy source in the age of nanotechnology,” says Dr. Tarık Baytekin, an UNAM scientist who is a leading expert in the study of the phenomenon. While often regarded as a type of “waste” energy, recent designs have allowed the effective utilization of static electricity as an energy source—the MULTENG system is an example of such a device.

The system, developed by Dr. Mehmet Bayındır and his research team, takes advantage of the fact that contacts between dielectric materials generate static charges on their surfaces—these charges can then be harvested through an inbuilt circuit and subsequently used to power electronic devices. The energy-generation efficiency of the device is further enhanced by several layers of positively and negatively charged polymer and glass nanostructure arrays, which massively increase its surface area and therefore broaden the interface at which the static charges are generated. 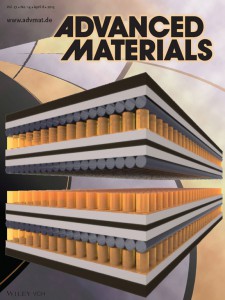 The device is capable of harvesting energy from motion and sound, and the team has demonstrated the generation of energy from a moving car on the university campus. “I had never thought the speed bumps on the Bilkent campus roads could be useful,” says Dr. Mehmet Kanık, the lead author of the study, “until we realized how the output of the device is enhanced when a car passes over one.” The device can also “hear” low-frequency sounds and convert the acoustic signals into electrical energy: areas that are noisy on a daily basis, such as malls and shopping centers, are ideal locations for the installation of such sound-harvesting devices, which can derive energy from footsteps and conversations.

The team next hopes to commercialize their high-energy output generator and develop robust materials capable of enduring the repeated cyclic motions that the device will undergo during its operation, as well as to investigate other phenomena related to the generation and transfer of static electricity.