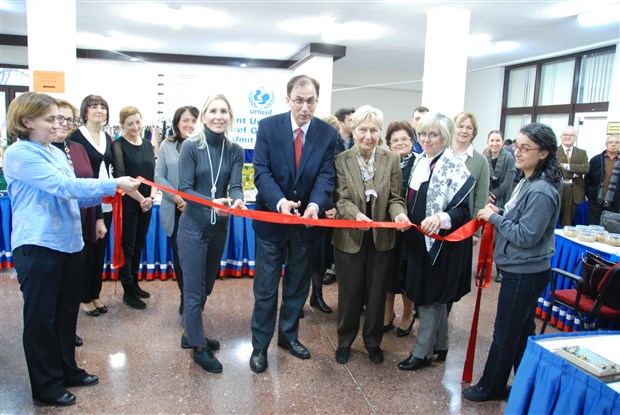 On December 2-4, the UNICEF Volunteers Committee held a fair in the Student Union Building to raise funds for UNICEF. Committee members were gratified by the community’s response to the event, with the participation of everyone involved helping to make this year’s sale a resounding success.

Prof. Tezer Kutluk, chair of the Turkish National Committee for UNICEF, attended the opening of the event.

Volunteers sold donations of lightly used and new clothing, electrical appliances and decorative items. They also prepared various items of their own, from jam to cakes, to jewelry, magazines and books to sell at the fair.

On the final afternoon of the event, the organizers expressed their gratitude to everyone—volunteers, donors and purchasers alike—who had contributed to its success and helped to make a difference in the lives of children they had never met.