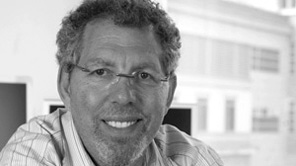 The 2013 İhsan Doğramacı Memorial Lecture will take place on Friday, September 20, at the Mithat Çoruh Conference Hall, and will feature a presentation by Jeffrey M. Friedman, a molecular geneticist at Rockefeller University, whose discovery of the hormone leptin and its role in regulating body weight has had a major role in the study of human obesity.

The program will start at 3:30 p.m. with a mini-concert. At 3:50 p.m., Bilkent University will confer an honorary doctoral degree upon Prof. Friedman. This will be followed by his lecture, entitled “Leptin and the Biologic Basis of Obesity.” The ceremony will end with a reception at 5 p.m.

Born in 1954, Prof. Friedman graduated from Rensselaer Polytechnic Institute and in 1977, at the age of 22, received an MD from Albany Medical College of Union University. After completing two residencies at Albany Medical Center Hospital, he arrived at Rockefeller University as a postgraduate fellow and associate physician in 1980. In 1986, working in the lab of James E. Darnell Jr., he received a PhD and was appointed assistant professor. In 1991 he was named head of laboratory and in 1995 was promoted to the rank of professor. He was appointed the Marilyn M. Simpson Professor in 1999. Prof. Friedman has also been an investigator at the Howard Hughes Medical Institute since 1986.

A member of the National Academy of Sciences and its Institute of Medicine, his honors include the 2010 Albert Lasker Award for Basic Medical Research, the Shaw Prize in Life Science and Medicine, the Keio Medical Science Prize, the Jessie Stevenson Kovalenko Medal, the Danone International Prize for Nutrition, the Gairdner Foundation International Award and the Passano Foundation Award.