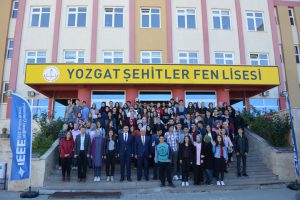 Over the weekend of September 28 and 29, 50 engineering students from Bilkent University went to the city of Yozgat for the first Bilkent IEEE-organized “Volunteer Engineers Project.”

The event, which focused on introducing high school students to the engineering discipline, attracted more than 350 attendees. Students from a number of schools, including Yozgat Şehitler Fen Lisesi, AYÇ Koleji, Yozgat Lisesi, Bilim Sanat Merkezi and Sorgun Fen Lisesi, gathered in the Yozgat Şehitler Fen high school building to learn more about engineering.During the project, the students listened to lectures introducing Bilkent University and the profession, and participated in labs that gave them information about various categories of engineering: electrical and electronics, computer, mechanical and industrial. In addition, the Bilkent students showcased some of their course projects. 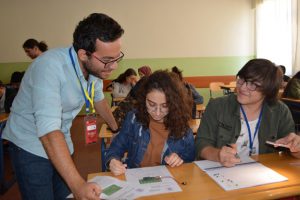 Over the two days of Vol-E, the high schoolers spent time with their university student role models, bonding as brothers and sisters. They not only had a close look at engineering from the inside, but also took part in activities that were just plain fun. The Yozgat students had the chance to have one-on-one matches with Turkey’s chess champion and watch DIY-made drones and radio-controlled cars in action. And leaving the best for last, Sunday night ended with a lively IEEE band concert.