Window on the Post-Punk Scene

Anyone who has some taste in music would agree with the proposition that the last four decades have been very prolific for the music scene. Among those decades, the one that has had perhaps the most influence on both listeners and musicians is the ’70s – although I would agree that the ’80s were more important in terms of the creative branching-out of music. Note that I’m writing about “pop” music, which I’m defining here simply to mean all genres other than classical (I’m not putting your favorite progressive rock band in the same category as Kanye West or Beyoncé). This opinion – that the “best” music came out in the’70s – has a solid foundation, as during that decade many artists were trying to be unique and putting out the best of their creative efforts for our musical degustation. There were prolific progressive rock bands; the psychedelic rock scene was at its peak; electronic instruments were introduced to the scene by the likes of Kraftwerk, Tangerine Dream, Gershon Kingsley and Pierre Henry; and I had better not even start talking about disco–funk giants such as Chic. However, this decade also witnessed the birth of another movement, whose influence we still observe today – an influence that I will explore in this column.

As with any other art form, music has a bidirectional relationship with human endeavors, both influencing our lives and being influenced by our lives. That is why the art of the ’70s was so prolific and had such creative drive. The whole world was experiencing significant changes, perhaps the most distinctive one being the final paroxysms of the Cold War. In addition to that, the members of the working class were struggling with economic concerns, as they do today. Ultimately, they wanted to find a way for their voices to be heard. Thus, around the middle of the decade, and despite the elite establishment, young people found their way toward the guitar and created perhaps the strongest of voices: punk rock. Punk rock band members were not just musicians; they were idols, the voices of those in front of them during their concerts. Yet, although it was original at the time and successful in getting the attention of the younger generation, in musical terms punk rock was born half-dead. The three chords/one song approach was an idea that could get oxidized – i.e., consumed – with ease. Therefore, not so long after 1977, when the Sex Pistols released “Anarchy in the UK,” many punk rock pioneers went on to find novel musical ideas. That was when the simplicity of punk started to bear fruit. Musicians could add layer upon layer of sound to their songs, try any style of production they liked, repeat the same drumbeat over and over (an idea that perhaps came from Neu!), write any lyrics they wanted to, fill their songs with novel sounds instead of guitar solos that never seemed to end, and so on and so forth. This more evolved version of punk is called post-punk, but this is primarily a musical term; the musicians considered themselves as belonging to the punk subculture.

This revolution in punk was more significant than descriptions in the media would indicate. Most pieces of music in the pop music scene today have evolved from post-punk in one way or another, with examples most evident in the alternative rock and electronic music scenes.

After this lengthy and hopefully helpful introduction, I have now come to the point where I can discuss some specific artists and great releases. Please note that this list is not in any kind of order. 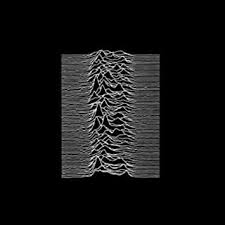 This is the best-known album of the genre; however, it’s not the first one. It actually came out in 1979, whereas Siouxsie and The Banshees’ “The Scream”and “Real Life” by Magazine came out in 1978. However, because of its experimental production, dark, gothic sound and introspective lyrics, it quickly became a staple album for this subculture. We might call it “The Dark Side of the Moon”of post-punk. It’s quite a good introduction to the genre, but I would recommend Joy Division’s second album, “Closer,” for a more emotionally challenging experience. Also, no, “Love Will Tear Us Apart” is not on this album.

This album clearly demonstrates why the Cure is referred to as a gothic band. Some of their best-known songs, such as “A Forest,”“Play for Today” and “M.” are included in this very album. A distinct, clear guitar sound pervades the entirety of “Seventeen Seconds,” alongside Simon Gallup’s aggressive bass and the repetitive yet carefully written drum parts. Definitely a must listen. Another good recommendation, before you progress to “Disintegration”(1989), would be “Pornography”(1982).

This album demonstrates what post-punk was initially about. PiL was a project of former Sex Pistols member John Lydon (stage name, Johnny Rotten) to further experiment with the punk sound. The krautrock influence is evident here, as can be heard from the irregular guitar experimentation, repetitive drumming and somewhat tribal vocals. “Swan Lake,” “Albatross” and “Poptones” are here. Definitely a must-listen to get into the genre.

This album is for the guitar lover. I read once that “post-punk was made by punk rockers who could play their instruments.” This album clarifies why you should agree with such a proposition. The title track in particular is a must-listen for anyone who likes rock music, not only punk.

This was Wire’s first album, before they got obscure with their art. It’s another must-listen, although to really understand Wire, I would recommend “Chairs Missing”or “154.” Anyway, “Pink Flag”makes a great introduction to the genre as a whole. Tracks on the album that should not be overlooked  are: “Ex Lion Tamer”; “Lowdown”; “Mannequin.”

This album is from the band Magazine, which Howard Devoto founded after he left the Buzzcocks. The album is quite strong in terms of orchestration. “Shot by Both Sides”stands out here, although the album flows gloriously when listened to as a whole. Personally, I find it reminiscent of “Low”(1977) by David Bowie.

Since I’m a bass player, I found that this album really caught my interest when I first got into post-punk. The rhythmic structures of the songs are striking, the guitar sound is aggressive, and the bass is disco influenced yet as powerful as metal bass. Listen to this album if you’re hard-rock inclined, and have a tendency to get involved in political arguments in communities. Recommended songs: “Not Great Men”; “Ether”; “Damaged Goods.”

In conclusion: post-punk was a subculture and a musical style, the influence of which has continued up to today, as exemplified by Placebo, Björk, Crystal Castles, Nine Inch Nails, Interpol, etc. It still amazes me when I realize how a band that I’ve discovered recently was/is inspired Joy Division, the Cure, etc. My recommendation is not to dive too much into other great bands of the late’70s–early’80s without looking into this genre. It will change your taste in music for good.