IN MEMORY OF ATATÜRK

admin November 6, 2014 Comments Off on IN MEMORY OF ATATÜRK 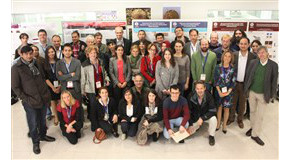 admin November 6, 2014 Comments Off on Nanobiotechnology Conference Held at Bilkent

admin November 6, 2014 Comments Off on Face on Campus

Name:Kürşat Tosun (IE/IV) What’s your favorite triple? a) Movie: “In Bruges” b) Book: “Alamut” by Vladimir Bartol c) Song: “Mreyte ya Mreyte” by Khaled Mouzanar Can you describe yourself in three words? “Impatient, pessimistic, domestic” If 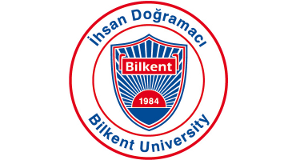 admin November 4, 2014 Comments Off on Bilkent Scholars at UNESCO

The General Assembly of the Turkish National Commission for UNESCO meets once every four years to renew its executive board. The most recent General Assembly meeting was held in May of this year. Among

This year, for the first time, the MIT Technology Review conducted a search in Turkey to identify the country’s most innovative and creative young researchers. The Review is one of the world’s oldest and

The application process for student exchanges during the next academic year (2015-16) has now started.  Students currently in their third or fourth semester of registration who have a minimum CGPA of 3.00 and a

The Past, Present and Future of Black Metal

admin November 4, 2014 Comments Off on The Past, Present and Future of Black Metal

Black metal originated during the late 1980s. The first black metal bands actually belonged to other metal subgenres such as thrash metal or speed metal, but thanks to their experimental work and the extreme

“The Plague in Historiography and World Literature”

admin November 4, 2014 Comments Off on “The Plague in Historiography and World Literature”

On Monday, October 20, Dr. Gerhard Strasser, professor emeritus of German and comparative literature at Penn State University, gave a talk on “The Plague in Historiography and World Literature” at Bilkent. The lecture was