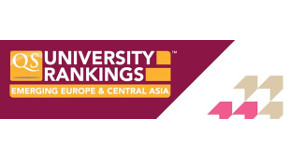 Last week, the 2015 QS University Rankings for Emerging Europe and Central Asia were released. The rankings highlight the top 150 universities in the Eastern Europe–Central Asia region. Bilkent and METU are the highest-ranked 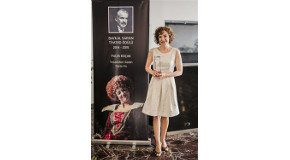 This year’s Baykal Saran Actress of the Year award went to Ankara State Theater artist Fulya Koçak (THEA/’98) for her role in “Tesadüfen Kadın Elizabeth.” The play is a Turkish translation of “Elizabeth: Almost 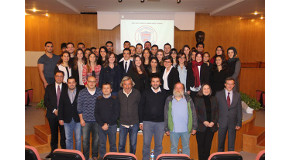 The 2015 History of Turkey award ceremony took place on Monday, October 26 at C-Block Amphitheater. The awards went to students whose projects were judged the best of the 2014-2015 academic year. The History 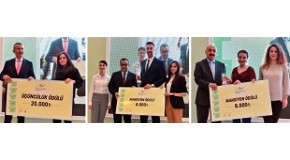 Current students and graduates of the LAUD Department received 3 of the 11 awards presented by the Ministry of Environment and Urbanization in its recent Ecological Urban Design Student Competition. The Ministry’s objectives in 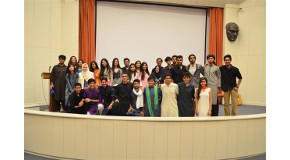 On October 18, Bilkent International House hosted a South Asian Cultural Festival in Mithat Çoruh amphitheater. Organized at the initiative of Suvas Jesrani, a third-year Management student from Pakistan, the festival showcased the cultures

admin November 2, 2015 Comments Off on “The Books That Shaped Your Life”

David E. Thornton, Director of Bilkent University Library and Assistant Professor, Department of History BY MELİS ERDEM (ARCH/II) Here is another in our series of interviews with Bilkent faculty members discussing books that have

Pictures from an Economist’s Exhibition

admin November 2, 2015 Comments Off on Pictures from an Economist’s Exhibition

BY MIDHAT MERAJ (MAN/II) The Bilkent Library opened its Library Lunchtime Lecture series for this academic year on October 21 with a lecture by Prof. Erinç Yeldan (ECON), “Pictures from an Economist’s Exhibition: Reflections