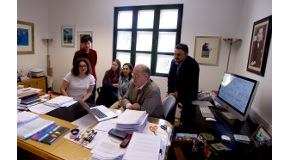 Genomic Landscape of the Mediterranean Basin and Beyond

admin October 3, 2016 Comments Off on Genomic Landscape of the Mediterranean Basin and Beyond

In an article published in the September 2016 issue of Nature Genetics, scientists reported the genomic landscape of the Mediterranean basin and the greater Middle East, a central hub of ancient civilizations and home 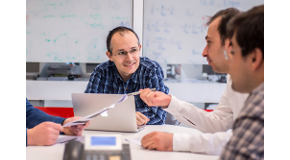 admin October 3, 2016 Comments Off on Ablation Cooling: From Rocket Science to Laser Surgery

In the September 1 issue of Nature (Vol. 537, pp. 84-88), a group of scientists from Bilkent University reported the development of a new technique—which they call “ablation cooling”—to allow much faster and damage-free 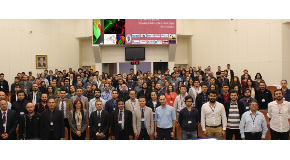 This year’s national photonics conference, Photonics 2016, was held at Bilkent University on September 23. The director of the Bilkent University Nanotechnology Research Center (NANOTAM), Prof. Ekmel Özbay, served as general chair of the 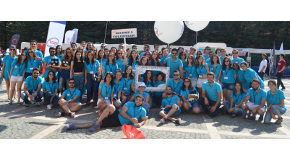 TDP (Toplumsal Duyarlılık Projeleri/Social Awareness Projects) is an umbrella organization active in promoting volunteerism among Bilkent students. At present, over 750 volunteers from TDP’s many projects are trying to eliminate obstacles, support education and, 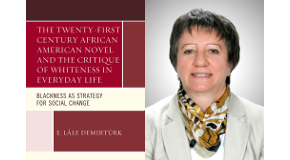 Department of American Culture and Literature faculty member Prof. E. Lâle Demirtürk has a new book. “The Twenty-First Century African American Novel and the Critique of Whiteness in Everyday Life: Blackness as Strategy for 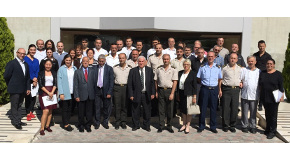 This summer, Department of Tourism and Hotel Management instructors provided on-site training in hospitality services to personnel of the Merkez Orduevi, the central military guesthouse in Ankara. The training course took place in morning

The Hayati Çam Scholarship, established in 2009 to commemorate a Bilkent computer engineering graduate, is open to all undergraduate students in the Department of Computer Engineering. The application period for the scholarship for this 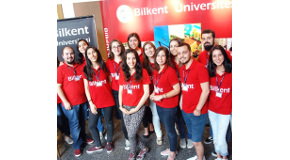